Kelly Slater To Be Honored By Life Rolls On Foundation 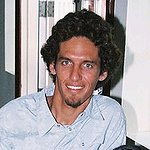 Life Rolls On Foundation has announced it will honor surfing legend Rob Machado and 11-time world champion surfer Kelly Slater at the organization’s 9th annual Night by the Ocean gala.

Sal Masekela will serve as the evening’s Master of Ceremonies while actor David Chokachi, Senior Vice President of Marketing and Communications for Gucci, Susan Chokachi and actress Vanessa Marano will provide leadership as Night by the Ocean Honorary Event Chairpersons.

“This year’s gala is incredibly meaningful to us because 2012 will mark Life Rolls On’s 10th anniversary as a non-profit organization,” said Jesse Billauer, Founder and Director of National Outreach for Life Rolls On. “We’ve come a long way and Rob and Kelly have been there for our organization every step of the way. Not only were they the first to help me get back into the water after I was paralyzed, but they also chaired our inaugural They Will Surf Again adaptive surfing program that is now offered in nine cities among seven states for the paralysis community. Much of our success could be credited directly to them.”

Night by the Ocean is the single-largest fundraiser for Life Rolls On, which produces unique quality of life programs to improve the quality of life for young people affected by spinal cord injury. The inspiring evening has grown into one of Southern California’s most celebrated charity functions featuring a hosted cocktail reception, silent and live auctions, and seated dinner program with special musical guest.

Night by the Ocean ticket and sponsorship opportunities are available at www.LifeRollsOn.org.