The Mentalist Star Says No To Factory Dairy Farm 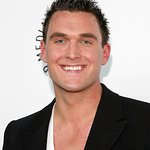 In Owain Yeoman's opinion, it doesn’t take a mentalist to see that factory farming is a recipe for disaster. That’s why the Welsh-born star of the hit American television programme The Mentalist has just fired off a letter on PETA's behalf to Powys County Council urging council members not to allow a new industrial-size dairy – a factory farm where 1,000 cows would be artificially impregnated, drugged and used as milk machines – to be built at Leighton near Welshpool.

In the letter, Yeoman explains that densely crowded, unsanitary factory farms are breeding grounds for disease – and that they also contribute to environmental destruction.

“As a proud native of Wales, I was disturbed to learn from my friends at PETA that an application to build an industrial dairy-farm operation – where 1,000 cows would be subjected to physical torment – has been submitted,” he wrote. "I respectfully ask that you reject this application immediately.

“In addition to causing massive animal suffering, industrial farms are, according to the Food and Agriculture Organisation of the United Nations, an “opportunity for emerging disease”. Intensive confinement and unsanitary conditions create a breeding ground for disease, and cows are often fed a steady diet of drugs to keep them alive – until their worn-out bodies simply cannot endure another day and they are dragged off to an agonising slaughter.

“Industrial farms are also destructive on a global scale. According to a UN report, the meat industry is “one of the top two or three most significant contributors to the most serious environmental problems, at every scale from local to global”.

“Allowing this operation to be built would lead to immense animal suffering and the defacement of our beautiful country.”