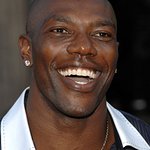 Gridiron Celebrity Hoops XIV, the first and only celebrity basketball game to become officially sanctioned by the National Football League will, for the 14th-consecutive year, pit two star-studded leagues – the National Foster Care (NFC) and the American Foster Care (AFC) – against one another in a showdown at Butler University. Next to the Super Bowl itself, it’s the hottest game ticket in town!

This family- and fan-favorite basketball game, now independently produced exclusively by Jam Sports Productions, is where more than three dozen celebrities and professional athletes will take center court on Saturday, Feb. 4 at 7 p.m. at Butler University’s Hinkle Fieldhouse. In addition to the electrifying basketball game, fans can meet the celebrities, get free autographs, take pictures and participate in fun and safe indoor contests in an environment that embodies energy of the sights, sounds and actions of the NFL.

Gridiron XIV creates a one-of-a-kind fan experience, but its effects are long lasting. The hoops event’s benefactor is Juli’s Kids Motivated to Succeed (Juli’s Kids), a nonprofit whose mission is to enrich the lives of abused, abandoned, neglected and homeless children and teens. The annual Gridiron event is the largest fundraiser for the charity.

“This event is an opportunity to witness the best of both worlds as football heroes play in a spectacular game of basketball in such a legendary venue,” said Juli M. Jordan, event creator and executive producer of Jam Sports Productions, the production company behind the event. "We are proud that Gridiron Celebrity Hoops touches so many Super Bowl fans while supporting children in need nationally and locally. I was adopted. Working with children waiting to be adopted is my life’s passion. "

Each year, Juli’s Kids selects a local charitable organization in the Super Bowl host city that serves the city’s abused and neglected children. In 2012, Juli’s Kids has selected the Indiana Department of Child Services (DCS). DCS protects children who are victims of abuse or neglect and strengthens families through services that focus on family support and preservation. The Department also administers child support, child protection, adoption and foster care throughout the state of Indiana. Youths in foster care will be able to come to the game as complimentary VIP guests for a day to remember.

For more information on celebrities and to purchase VIP tickets, which are $300 and include courtside floor seats and special backstage access, visit www.footballhoops.com or call 301-868-8856 (limited quantity). VIP tickets are sold exclusively via Jam Sports Productions.

General admission tickets are available in the lower level for $60, mid-level for $40 and upper level for $20 through Ticketmaster online at www.ticketmaster.com or in person at any Ticketmaster outlet or by calling 1-800-745-3000. Tickets also available at the Butler University Ticket Box Office (Hinkle Fieldhouse, 510 W. 49th St., Indianapolis). 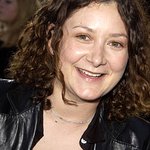 Face Forward is thrilled to announce the expansion of their mission of providing reconstructive surgery and counseling services to include Veterans of War in addition to their annual fundraising gala September 22nd at the Beverly Wilshire. More →

Symphonic Love Launch - Sharing The Love All Over the World