Celebrities And Companies Help In Horn Of Africa 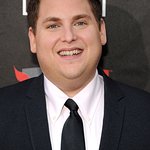 In less than three months, thousands of Americans have donated to send 150,000 anti-malaria bed nets in response to the humanitarian crisis in the Horn of Africa.

An eclectic group including celebrities like Jonah Hill, and organizations like the Consumer Electronics Association, The United Methodist Church, and the Union for Reform Judaism came together to send nets through the UN Foundation's Nothing But Nets campaign—a global, grassroots campaign to fight malaria in Africa—and the UN Refugee Agency (UNHCR).

Every 60 seconds, a child dies from malaria—a disease spread by a single mosquito bite. Due to the location and crowded environment in refugee camps, malaria is a leading cause of death among refugees, making bed nets a key tool for survival. Access to insecticide-treated bed nets can help curb the spread of malaria by up to 90 percent.

“Thank you on behalf of the families in refugee camps throughout the Horn of Africa who have benefited from the generosity of Nothing But Nets supporters and partners,” said Dr. John Wagach Burton, Public Health Officer for UNHCR in Kenya. “You have helped save lives and futures of refugees from the devastating impact of malaria.”

Within three months, Nothing But Nets supporters have sent nets instead of holiday gifts, joined Jonah Hill’s competition to raise money for bed nets on CrowdRise, donated to Nothing But Nets at the Consumer Electronics Show, and more. Nothing But Nets campaign partners The people of the United Methodist Church made a lead gift of $100,000 on the day the appeal was announced, and chemical company and bed net manufacturer BASF contributed 75,000 bed nets to help meet the emergency appeal as quickly as possible.

“We are grateful for everyone who donated, and to our many partners who provided the unique opportunities to help us quickly reach our goal of sending 150,000 life-saving nets to refugees in the Horn of Africa who urgently need them,” said Chris Helfrich, Director of Nothing But Nets.

Protecting refugees has always been a priority for Nothing But Nets, which has helped the UN Refugee Agency (UNHCR) send nets to millions of refugees in Africa. As the crisis in the Horn of Africa continues, Nothing But Nets and its supporters will continue to send nets to protect families through UNHCR.

In Africa, every 60 seconds, a child dies from malaria, which is easily prevented through the use of an insecticide-treated net. The nets create a protective barrier against mosquitoes at night, when the vast majority of malaria transmissions occur, and are the most cost-effective method of preventing the spread of the disease.

Anyone can join the fight against malaria with a $10 donation. Each donation goes to purchasing a net, delivering it to a family, and educating communities on its importance and proper use.

Bed nets work: according to The World Health Organization, enough bed nets have been delivered to cover 76 percent of the 765 million people at risk for malaria, and in three years, 11 African countries have cut malaria rates in half.

To date, Nothing But Nets has raised nearly $40 million to distribute more than 6 million nets to families throughout Africa. For more information, visit www.NothingButNets.net.