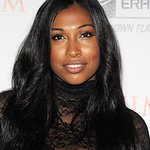 Grammy-nominated artist Melanie Fiona took time out of her busy schedule the evening of January 18th to drive to Watts in South Los Angeles.

Quietly and without fanfare, she met with formerly incarcerated women living at A New Way of Life Reentry Project (ANWOL). Fiona participated in a bi-weekly “Woman to Woman” gathering offered through ANWOL’s reentry housing project. This gathering allows ANWOL residents to come together and offer each other empowerment, support and encouragement in their journey through recovery and toward successful community reentry. ANWOL’s founder, CNN Hero Susan Burton, was on hand to facilitate the meeting and even provided enthusiastic vocal backup to Fiona’s soulful a cappella rendition of “It Kills Me”.

On a more serious note, Burton said, “When I was released from prison, I wanted to become a nurse; to take care of the elderly. I was told I couldn’t be a nurse because of my record. What I could do, was take other women like myself into my home and, knowing what challenges they were facing, help them into a new way of life. No one could tell me I couldn’t do that, so I did it.”

Fiona spoke of her personal experiences of negativity as a woman in the music business. She told of naysayers who tried to dictate how she should look, sing and promote her music. Fiona reminisced about her early struggles in the music business, “I was told it was a disadvantage to be too smart. I was even told that I sang TOO WELL; that people wouldn’t want to perform with me. I learned to be clear about who I am and what messages I want to share through my music. I want my music to be of the quality that 30 years from now, people will listen and say…..Hey! That’s good!” Fiona encouraged the women not to be ashamed of their pasts, but to use those experiences to create positive decisions in the future.

As Fiona shared stories from her life, she encouraged the women to share their stories as well. The women reported being touched by her warmth and positive energy. Fiona’s message of the value and strength of women resonated with ANWOL’s residents. “She’s just really down to earth,” one resident said. “She’s been through her own struggles and came through; she’s the real deal,” said another.