Natalie Merchant To Perform Against Fracking In New York

Natalie Merchant is to perform a special benefit concert, lending her voice in song to defend New York’s waters in support of a ban on shale gas hydrofracking in New York State and beyond.

According to the Finger Lakes CleanWaters Initiative: “Shale gas hydrofracking is perhaps the most deleterious technology ever invented to poison our land, air, and water. The Finger Lakes CleanWaters Initiative is dedicated to protecting and improving the quality of the precious and still largely clean waters of New York State. Our focus is event-based education, and we harness the considerable power of live music presentation to illuminate and educate the public at large about the importance of clean water and a healthy environment.”

“Hydrofracking poses the greatest threat to clean drinking water in New York and Pennsylvania right now,” said Natalie Merchant. “Our opposition to this threat is imperative. I hope people can come to the concert to show their concern.”

“Fracking is wrong,” added Sandra Steingraber, Ph.D., Biologist. "Sooner or later, steel and concrete disintegrates. Sooner or later, gas wells open portals of contamination between drinking water aquifers and the toxic materials held in the bedrock below. Doing fracking “right” simply means building time bombs with longer fuses. There are no places in New York and no children in New York that we are willing to sacrifice." 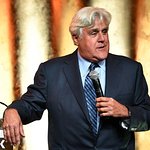