By Elizabeth Willoughby on February 29, 2012 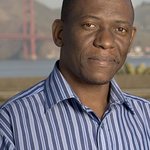 Musician and environmental activist Feliciano dos Santos has been using his band Massukos as a teaching tool.

As he travels throughout his homeland in Mozambique playing the band’s rhythmic, catchy pop music, Santos sings in local languages about good hygiene.

“They need to know about disease that comes from water,” says Santos. “They need to know about the environment, about sanitation.” Santos contracted polio as a child through contaminated water. It led to the partial removal of a leg and a lifetime of discrimination. “I want to teach the community to avoid having these kinds of problems.”

His musical lessons have received attention in Niassa in the north of the country where he is from. One of the favourite Massukos songs has local children dancing and singing lyrics such as:

Over a decade ago, Santos founded Estamos with the aim of providing wells to supply clean drinking water to rural homes. But for this to be a long-term, good-health provision, he knew Estamos would also have to address household latrines. He saw the problem while growing up there: latrines eventually get full, new ones get dug elsewhere on the property, and when the only space left to dig another one is beside the well, contamination becomes a risk.

Santos felt that eco-toilets could be the solution to keeping water supplies clean. The eco-toilet blueprint is to dig two holes in the ground and line them with brick stone to prevent groundwater contamination. To start, only one hole is used as a toilet. Ash from cooking fire is collected and stored at the latrine to be sprinkled after each use over the waste. The ash prevents flies, odour and is an effective reminder to wash ones hands, but it also helps in the conversion of waste into something useable: fertilizer.

After six months, while the family has moved on to the alternate eco-toilet, the contents of the first one will have become a high quality, natural and cost free fertilizer that is ready for the fields – and it has shown to yield better crops.

Mozambiquans have an average life expectancy of under 50 years and the country is one of the lowest on the UN’s Human Development Index. Undeterred, Santos sees effective results from the simplest actions, like washing one’s hands. This is the message he continues to bring home.

“Music has the power to change people,” he says.