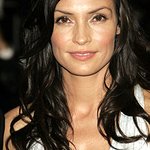 Green Cross International has appointed international actress Famke Janssen as its first “Water Ambassador,” a role aimed at helping the global organization increase awareness on the global water crisis and their efforts to respond to this challenge.

Janssen, a Dutch national based in the United States, has previously served as a United Nations Goodwill Ambassador. She has a strong passion and interest in water conservation, environmental sustainability and animal rights. Janssen’s official title will be “Ambassador for Green Cross International’s Water for Life and Peace Programme.”

“Water is the source of all life but I fear it will be the source of future conflicts if we do not act now to conserve the planet’s reservoirs of water and find ways to share it fairly among all people,” Janssen says. “It is a great honor to support Green Cross International in its work to address the global water crisis.”

Almost 800 million people today live without clean sources of drinking water – over a third of which are in Sub-Saharan Africa. Some 2.5 billion people have no access to adequate hygiene and sanitation facilities. And the health consequences are stark. Globally, diarrhoea is the leading cause of illness and death, and lack of access to safe, clean drinking water and basic sanitation, as well as poor hygiene cause nearly 90% of all diarrhoeal deaths.

Green Cross International, the nongovernmental organization founded by Nobel Peace Prize laureate Mikhail Gorbachev in 1993, works tirelessly on water issues, specifically providing safe drinking water and sanitation through their Smart Water for Green Schools project, and promoting implementation of the Human Right to Water and Sanitation and ratification of the United Nations Watercourses Convention to improve sharing of water between countries.

“Ms Janssen has a reputation as a true humanitarian, and the global reach she has achieved through her film work is evident. I believe her support for Green Cross International and our water activities will help shift people’s attitudes towards better preservation and sharing of this most valuable of natural resources,” Mr Likhotal said.

The first major activity Janssen will lend her support to Green Cross for will be their participation at the upcoming World Water Forum (12-17 March) and World Youth Parliament for Water (6-17 March), both being held in Marseille, France.

Up2Us Sports, a national not-for-profit organization dedicated to inspiring youth through coaching and sports, welcomed celebrities and pro athletes to its annual gala at Guastavino’s in New York City on Thursday, June 14. More →