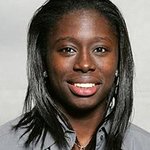 Described by Euroleague Women as “an explosive scorer” and “one of the most musically gifted basketball players in the world”, Essence Carson – WNBA All Star, NY Liberty player, recording artist, writer and producer – has joined Health Equity Initiative as a celebrity ambassador to encourage community action and partnerships for health equity.

A native of Paterson, New Jersey, Essence currently plays with the NY Liberty as their guard-forward, and during the 2012 off-season, for Spain’s Rivas Ecopolis, which is the number 3 team in that country. A graduate of Rosa Parks School for Fine and Performing Arts in New Jersey, Carson is a talented musician and music producer who plays the piano, drums, and bass. She recently debuted as a hip-hop artist under the name Pr3pe (pronounced “Preppy”). Past accomplishments include the 2004 U.S. Women’s Junior World Championship, gold medalist at the 2005 FIBA Under-19 World Championship, gold medalist at the 2006 USA FIBA America’s Under-20 Championship, Defensive Player of the Year for three consecutive seasons in the Big East Conference (only the second female player in history receiving this honor).

Commenting on her new role, Essence said, "I am absolutely delighted to have been asked to become an ambassador for Health Equity Initiative. Health Equity Initiative is a unique nonprofit organization that works on encouraging the development of a social movement in support of health equity while also building capacity of other organizations and helping establish a road map toward progress. They are deeply passionate about helping create better chances for better health among vulnerable and under-served populations. "

“It’s an honor to become part of HEI and I am looking forward to working with them to encourage community action and partnerships for health equity. I grew up in an environment where there was a fair amount of struggle, and yet I was fortunate to be surrounded by people who made me believe I could do anything. I know we can advance health equity in our communities!” Carson added.

Today the non-profit organization Health Equity Initiative (HEI) launched an educational campaign with the goal of raising awareness of health disparities in the U.S. More →