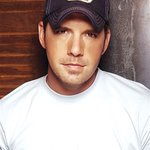 The performance will kick off the National Association of Broadcasters (NAB) show at 7:30 p.m. on April 15 at the Wynn Hotel in Las Vegas.

“These dynamic performers are sure to be a hit with NAB Show attendees,” said NAB President and CEO Gordon Smith. “The concert is also a wonderful opportunity for our attendees to give something back by supporting America’s military families who have given so much for our country.”

The musical fundraising event is part of ThanksUSA’s ongoing mission to say “thanks” to America’s service men and women through the gift of education for their children and spouses. The non-profit provides the families of active-duty military personnel with need-based post-secondary school scholarships. Since its inception in 2006, ThanksUSA has awarded 2,500 scholarships totaling nearly $7.5 million across all the Armed Forces, including the Guard and Reserves, and the families of the fallen and wounded.

“Offering a helping hand to ensure their children’s and spouse’s future through education as our service members secure our nation’s freedom is the least we can do,” said Bob Okun, Chairman and CEO of ThanksUSA. “We’re also excited to be able to show our appreciation by inviting 400 military families from nearby Nellis Air Force Base to enjoy top-flight entertainment free of charge.”

In its own tribute to the troops, American Airlines is providing complimentary flights for the singers and their bands.

“Giving back to those in uniform and their families is a cause that American’s employees and customers are very passionate about,” said Captain Jim Palmersheim, Managing Director – American Airlines Veterans Initiatives. “This is a wonderful way to help raise funds for our long-time partner, ThanksUSA, and the organization’s scholarships benefitting military spouses and children. We are honored to help make this concert possible.”

The concert will also be streamed live to troops around the globe by TV Worldwide, a pioneering Internet TV Channel network, as part of its long-time Annual NAB “Salute the Troops” webcast.

“We’re pleased to have again been selected to deploy our TV Worldwide Internet TV network to support ThanksUSA’s NAB Country Music Concert to benefit families of military service members,” stated Dave Gardy, Chairman and CEO of TV Worldwide. “This will be our 11th consecutive year of demonstrating the latest in Internet TV technology by webcasting video greetings live from the NAB Show to the troops worldwide on US Vets TV and we wanted to produce something special to commence the 2012 webcast.”

Tourpedo, Inc., a Raleigh, North Carolina-based software company, is launching its online auction division with a music memorabilia auction containing memorabilia from some of the world’s most popular artists. More →