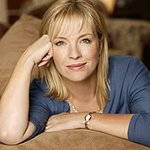 Recording a special video message during a break in filming on the set of ‘Packed to the Rafters’, Rebecca spoke about her role as an ambassador for World Vision over 20 years and what she’s seen on her own trips to Africa during that time.

“I have met families whose lives have been changed by World Vision’s work,” Gibney said. “I have seen for myself how donations from ordinary Australian families really do make a difference”.

World Vision Australia chief executive Tim Costello said, “Donations from Australians will help to save lives in West Africa if we act now. Despite the fact these countries are a world away, they are in dire need of our support and the money raised will make a real difference.”

Ms Gibney took time out of her busy schedule filming Packed to the Rafters to record this video support message for World Vision. She will also feature at the 2012 TV Week Logie Awards later this month, where she is again nominated for a Silver Logie for Most Popular Actress on Australian television.