Double The Name And Double The Fun At Charity Concert 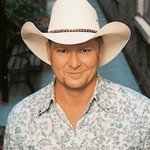 Get ready to dozey-doe and head on down to a hoe-down with a cause on June 28, when two of today’s biggest country music stars headline a charity gig in New Jersey.

The venue will be the House of Blues Music Hall in Atlantic City, and the stars will be Tracy Lawrence and Tracy Byrd – two singers who will be sharing more than just first names on the night.

The gig will benefit Fourth and Goal, a charity started by former Baltimore Colts safety Bruce Laird to act as the voice of retired NFL players and their families. The event kicks off the inaugural Smith & Nephew Fourth and Goal Classic at the Showboat Casino in Atlantic City, a two-day event that includes a celebrity golf tournament and silent auction. The grand finale will feature a performance by both Tracys and fellow country music artist Pat Green.

“I have been a huge football fan my entire life,” said Lawrence. “I think it is with great purpose that Fourth and Goal is generating an awareness surrounding the NFL players who are suffering from injuries and are now either unable to afford the treatment necessary or unable to secure a job outside of their sports career to sustain a normal lifestyle. I’m really excited in the opportunity to perform and raise money for Fourth & Goal, to lend a hand to help the legends with their hardships.” 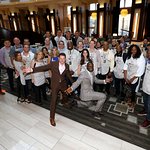