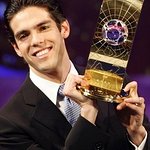 Led by AC Milan’s Kaka and Liverpool’s Steven Gerrard, a virtual who’s-who from the beautiful world of soccer have lined up to play a charity match in efforts to raise money for kids in Africa and pay tribute to Nelson Mandela.

The match marks the first in a series of events to create awareness for Goal4Africa, an organization that raises money for the educational needs of children in Africa. The concept is simple; users donate to the fund when their favorite team or player scores a goal.

The first match in the series will be July 12 at Munich’s Allianz Arena in Germany. The campaign continues through the 2010 World Cup in South Africa, with the aim of raising $90 million in honor of Mandela’s 90th birthday on July 18. The match will also include a live show dedicated to Mandela, portraying his work in Africa and his life story.

Italy’s Gennaro Gattuso and Goal4Africa’s first global ambassador, Clarence Seedorf of the Netherlands, have also been named to the roster.