Charities Bask In The Kiwi Limelight 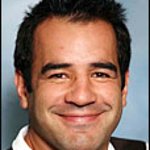 A motorized green couch is making a charity trip through the land that brought us The Lord of the Rings – New Zealand.

Kiwi rugby league legend and all-round nice guy Stacey Jones has teamed up with one of the country’s favorite television presenters, Alison Mau, to promote Limelight, a new nationwide online business and community directory service. About one third of all advertising revenue raised from Limelight will be donated to New Zealand non-profit organizations, and the current tour aims to raise funds for Variety - The Children's Charity and the Child Cancer Foundation.

The tour started in Kaitaia on May 15, and goes as far south as Bluff (as far south as you can possibly go in this land of Hobbits) before finishing back in Auckland on June 19. The charity trip will put over 20 towns in the limelight, celebrating ‘local legends’ and involving community celebrities and other local charities.

Limelight provides a community listings service for all non-profit organizations, totally free of charge, and Limelight Director Andrew Josephson said most local businesses want to support their communities and help charitable causes: “Limelight makes it easy for them to do this, and to market themselves at the same time. It’s a win-win for everyone.”

A nominated person from each community on the tour will be flown to Auckland at the end of the tour for a ‘legends’ celebratory dinner, and Variety – the Children’s Charity chief executive Lorraine Taylor says the Limelight concept is great as it enables businesses to support their local and national charities on an on-going basis: “Fundraising is at the core of charities and the structure of Limelight provides charities with an on-going revenue stream.”

For details about where the couch trip is heading, or to make a donation, head to www.limelight.co.nz.