Look To The Stars Asks "The Real World's" Greg Halstead 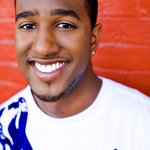 We recently caught up with Greg Halstead, from the current season of the hit MTV show The Real World Hollywood to talk about charity work, the environment, and more.

Suicide survivors Damon Ivey and Stella Barrett founded the DAS Foundation in 2006. It is an alliance of artists and health care professionals dedicated to expanding cultural awareness of mental disease and led by celebrity spokesperson Randy Travis.

Greg is the first Real World cast member to be selected by a viewer poll, and cast members have criticized him for his apparent ‘standoffish’ behavior. But Look to the Stars spoke to Greg and learned that there is much more to him than meets the eye. He is educated, articulate, confident, and sincere in his efforts to raise awareness about mental health.

Anthony Embry of A.E. Entertainment Public Relations, a DAS Board Member, confirmed Greg’s sincerity. During the filming of the Real World Hollywood, one of the cast members, Joey, was drinking in excess and exhibiting troubling behavior. “I remember watching the show and [Joey] said things like ‘I dont wanna live anymore’, and ’you’re going to wake up one day and I wont be here’”, said Embry. “So I called Greg and spoke to him about it. He said he was upset but more concerned about other people ‘who don’t have a producer or someone looking out for them.’ When I spoke with him later, he told me that he wanted to use his time on the Real World with some kind of purpose, he wanted to do something bigger and this was when I brought him onto the Foundation. He was personaly touched and offered to lend his time to help others.”

I spoke to Greg recently about charity and making the world a better place.

Hi Greg. On your blog, you described yourself as “having the distinct ability to brighten the moods of those around you.” It seems fitting that you would endorse a foundation dedicated to expanding awareness of mental disease. Is that part of the reason you were attracted to the DAS Foundation?

I was attracted to it for several reasons. On the show, I was around a cast member who basically said that we would wake up one day and he wouldn’t be there. He mentioned stuff like suicide, and it was a very, very trying thing to experience. It was the first time I experienced something like that… when Anthony (Embry) called, he said he was watching the episode where the housemates were expressing their views on his behavior, and he called me and asked how I felt about that. I said it was weird, I never experienced anything like that aside from seeing it on TV. When he mentioned the DAS Foundation, I felt it was important to educate people and erase the stigma associated with mental illness because I had been experiencing it in the house and was having difficulty knowing how to deal with it, so I asked if I could help.

When you lost your father in 2006 to cancer, you used the word “dumbfounded” to describe your state of mind. Do you feel that you can draw from this personal experience to help others cope with the guilt or loss of a loved one?

In my father’s situation, I almost felt like – in a way it was almost something I had no control over. He had cancer, and I felt he had the control. We all expressed that we wanted him to stop smoking, but he just couldn’t muster the fortitude to quit, so it really wasn’t in my power to help him.

On your blog, you also mentioned that you took part in, and won, a global gala show that pit contestants in a competition to see who can provide the most awareness about a culture in a creative way. If you were to take part in a similar competition, how would you provide the “most awareness” about or inspire others to support the Damon and Stella Foundation?

I’d probably make a presentation – let’s say you have a person with a mental health issue… I would try to dispel that sitgma associated with it. I’d have a skit that shows how someone is trying to deal with their problems, and how people just, you know, push it aside like ‘oh, they’re just having a bad day’ or ’it’s not that serious, they’ll wake up tomorrow and be fine’ – we can’t just sweep it under the rug. I’d try to give people help in spotting the behavior and not assuming its just gonna pass, just get the word out.

Do you feel celebrities have a responsibility to use their status in efforts to give back to the community?

When you were a child, is there anyone in particular, aside from family or God, who personally inspired you?

Yes, I had a teacher in high school, by the name of Charles Brinkerhoff, he was my 11th grade history teacher. He was Caucasian and I’m Black. It wasn’t an all Black school, but I was one of the few Blacks in his class, so he used to always challenge me. A lot of African American males would sometimes use their race as a crutch – not that I did that – but he always pushed me to not focus on my race as a factor, so he was just always pushing me to excel, excel, excel, and to believe that I was competent. He influenced me to realize that I am very competent and it doesn’t matter what my race is, and I admire him very much.

If you had a theme song, what would it be?

‘Venus is a Boy’ by Bjork, because it has a narcissistic theme to it and a lot of people think I’m a bit narcissistic.

The Real World Hollywood was filmed in an Eco-friendly house?

Yeah, very much so, we had a microwave, refurbished furniture, glass counter tops, even a computer that was powered by a bicycle, which was very unique and challenging.

Based on your experiences, what do you feel is the biggest threat to the environment?

Basically, I would say the water supply. I mean it’s drying up and we need it to sustain life. There are a lot of great videos out there to illustrate what’s going on, and I hope people are watching them and educating themselves.

I know you’re a sports junkie-what’s your favorite sport?

Favorite sport participating in would be basketball – watching would be football…I was a big Cowboys fan for many years in the 90’s.

What was the most important thing you learned on the show?

Don’t take it seriously. It’s a show, its not the real world!

Look to the Stars would like to thank Greg Halstead for his time and commitment to the cause, as well as Anthony Embry of A.E. Entertainment Public Relations who made this interview possible.