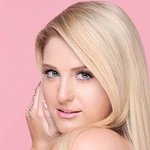 GRAMMY-Award winning singer and songwriter Meghan Trainor will perform LIVE at AT&T Stadium during the nationally televised halftime of the Dallas Cowboys game against the Washington Redskins on Thanksgiving Day, kicking off The Salvation Army's annual Red Kettle Campaign.

Donations to the iconic campaign help provide shelter and meals for the homeless and hungry, and Christmas toys for millions of children, in addition to numerous other social service programs year-round.

“I am so honored and excited to be performing during the Dallas Cowboys halftime show to kickoff the 128th Red Kettle campaign!” Trainor said. “More than 40 million people live in poverty, and the money raised during the Red Kettle Campaign helps The Salvation Army give those in need a chance at a new life.”

“Meghan has an electric energy about her, one that is perfectly matched with the dire need to bring attention to the work that The Salvation Army is doing,” said Charlotte Jones Anderson, executive vice president and chief brand officer for the Cowboys and former national advisory board chairperson for The Salvation Army. “By making a donation to The Salvation Army, you are helping them serve millions with help, healing and hope – far beyond Christmas time.”

The Red Kettle Campaign, which begins on Thanksgiving Day and runs through Christmas Eve, is the largest and longest-running fundraiser of its kind. It raised $144.5 million during the 2017 campaign and has raised nearly $2.4 billion since the Cowboys Thanksgiving Day partnership began in 1997.

“For more than two decades, the Dallas Cowboys have been walking alongside The Salvation Army and are dedicated to fighting for those in need,” said Lt. Col. Ward Matthews, Secretary for National Community Relations and Development for The Salvation Army. “We are thankful for their continued support and look forward to another memorable kickoff performance from Meghan Trainor.”

Grammy-Award winning singer, songwriter, and multi-instrumentalist Meghan Trainor emerged with her 2014 breakout single “All About That Bass” and disrupted contemporary music with nostalgic pop beats and powerhouse vocals that delivered a worldwide anthem for female empowerment. Trainor cemented her rising status as one of the most prominent artists in popular music by charting seven multi-platinum singles, releasing two platinum albums, selling out three headline tours, writing multi-platinum hits for top pop and country artists, and receiving countless industry awards and nominations worldwide. She is one of only five female artists to receive a diamond certification for her hit single “All About That Bass” which shares the RIAA Gold & Platinum Awards top honor with only 15 other singles in history. She is currently in the studio working on her highly anticipated third-studio album, entitled Treat Myself, coming soon.

To donate to the 128th Red Kettle Campaign:

From its humble beginnings as a Salvation Army captain’s start-up program in 1891 in San Francisco, the Red Kettle Campaign has grown into one of the most recognizable and important charitable campaigns in the United States. It provides toys for kids, coats for the homeless, food for the hungry, and countless social service programs year-round. As part of the campaign, more than 25,000 Salvation Army volunteers throughout the country ring bells and solicit donations to the red kettles.

To learn more about the Red Kettle campaign or make a difference in the lives of those in your community, visit salvationarmyusa.org.