Selena Gomez is taking the world by storm; she has already gained world-wide recognition for her role in the Emmy Award winning show ‘Wizards of Waverly Place’ on the Disney Channel and has since starred in numerous films such as ‘A Cinderella Story’ and ‘Princess Protection Programme’. Not only can she act, but the young star can sing as well, fronting her band ‘Selena Gomez & the Scene’, which has had two platinum singles and sold over 1,350,000 albums in America alone. The teenage phenomenon has not only done all this but has also become UNICEF's youngest ever Goodwill Ambassador, when she was made spokesperson for the Trick or Treat campaign which worked to raise awareness of the plight of children in Ghana and has done a huge number of other activities for the charity.

Selena has travelled to the Congo with the ENOUGH Project to witness firsthand the difficulties that Congolese citizens are struggling with due to war, poverty and conflict minerals and made a PSA with Kermit the Frog to raise awareness of endangered amphibians (which can be seen here), half of which will be extinct soon if something isn’t done.

Selena recently joined other celebrities in strutting her stuff down the runway in Beverly Hills in aid of St. Jude Children's Research Hospital, where over $1 million dollars was raised for the cause.

She joined fellow Disney Channel superstar Joe Jonas in launching the second closed circuit media centre, “The Voice” in the Children’s Hospital of Philadelphia on behalf of the Ryan Seacrest Foundation. It serves as a creative outlet for sick and injured children, where they can try their hand at TV, radio and new media.

As well as all of this, Selena has helped a huge number of smaller charities such as Borden Milk and Island Dogs which helps save Puerto Rican dogs, State Farm Insurance which helps promote safe driving.

It’s safe to say, for a little lady Selena Gomez is packing a huge punch in the philanthropic world and is fast becoming an international role model for kids everywhere.

Selena Gomez has supported the following charities listed on this site:

Google trends for "Selena Gomez"
Available to Insiders only
Get Insider Access to these insights & more...

You can contact Selena Gomez using details from this service. (Or read our advice on how to contact celebrities) 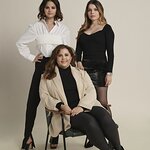 We Day is Coming!

Selena Gomez: Text FOOD to 864233 To Save Children