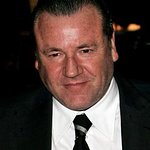 British actor Ray Winstone, co-star of Indiana Jones and the Kingdom of the Crystal Skull, is backing a new education pack being released to schools to help deal with the problem of runaway children.

Winstone has been Patron of Talk... Don't Walk since February. The organization aims to reduce the number of young runaways by working with the young person, their family, and anyone else involved – and with over 100,000 young people in Britain running away from home every year, that is no mean feat.

“These packs help children to understand the consequences of the choices they make, in a practical, informative and fun way,” said the Hollwood star.

The charity is also happy to have the influential actor among their ranks.

“Having Ray as our patron has really highlighted the work of Talk..Don’t Walk,” said Marissa Hankinson, spokesperson for the charity. “The new Indiana Jones film will make him even more widely known, which we hope will add to the positive messages we advocate, being that running away isn’t the answer.”