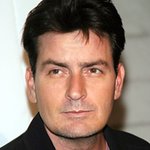 Charlie Sheen has announced that he will donate 1% of the profits from his new FX show ANGER MANAGEMENT to the USO, with the actor guaranteeing a minimum of $1 million and an unlimited cap on the final donation amount to the military aid organization.

The donation marks the largest single contribution ever from an individual to the USO, as well as the first time that the USO is receiving a contribution from an actor’s television show proceeds.

“The USO would like to thank Charlie Sheen for his very generous $1 million donation to our Operation Enduring Care Campaign and his interest in helping us lift the spirits of those who have endured so much to protect the freedoms we enjoy daily,” said General John I. Pray, Jr., Executive Vice President and Joint Chief of Staff, U.S. Air Force. “His support is greatly appreciated, especially from our wounded warriors and their families.”

Sheen will hand over the first installment of $250,000 in a private ceremony later this week with Sloan D. Gibson, President and Chief Executive Officer of the USO. The funds from Sheen’s donation will be used towards an entertainment facility for seriously injured military troops in Bethesda, MD.

“It’s an honor for me to be able to give back to these men and women of the military who have done so much for all of us,” said Charlie Sheen. “They put their lives on the line for us every day, and I’m just happy that my work on ANGER MANAGEMENT can bring a little bit of relief to the troops and their families.”

The USO is a private, nonprofit, non-partisan organization whose mission is to support the troops by providing morale, welfare and recreation-type services at hundreds of locations around the world. The USO lifts the spirits of America’s troops and their families through an extensive range of programs at more than 160 locations in 27 states and 14 countries, and at hundreds of entertainment events each year. Thousands of USO volunteers do everything possible to provide a home away from home for our troops and to keep them connected to the families they left behind. As a nonprofit, congressionally chartered organization, the USO relies on the generosity of individuals, organizations and corporations to support its activities. The USO is not part of the U.S. government, but is recognized by the Department of Defense, Congress and President of the United States, who serves as Honorary Chairman of the USO. The USO provides help to those who need it the most: troops serving in combat, their families, our wounded warriors and their families, and families of the fallen. For more information, visit www.uso.org.