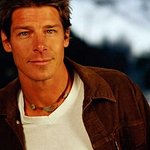 As the 2012 presidential election kicks into high gear during the Democratic and Republican National Conventions, the Craftsman brand is doing its part to build a “House United.”

Along with non-profit Rebuilding Together, as well as Heroes at Home, NextGen Home built by Champion Home Builders and Bank of America, America’s most trusted tool brand is asking Americans across the country and delegates at both conventions to work together in a community service program to build a home for one of our country’s deserving military veterans. By signing a petition at www.facebook.com/craftsman, people can join the Craftsman brand in encouraging their state delegates to participate.

As part of Craftsman House United, national TV personality and DIY expert Ty Pennington will lead the charge to build one half of a home during the Republican National Convention in Tampa, FL on Tuesday, August 28 and the other half of the home during the Democratic National Convention in Charlotte, NC on Monday, September 3. Delegates, elected officials and their staff, convention attendees, and media in both locations are invited to literally swing a hammer, nail 2 × 4s and paint walls alongside Pennington during the events.

“We did some pretty amazing things during my 10 years of traveling the U.S., renovating homes and ‘moving that bus.’ One thing I never had the chance to do was build parts of a home in two different cities, and then bring the two halves together,” said Pennington. “I am so excited and proud to be a part of the Craftsman House United program and provide a military veteran in need with a new home.”

“Although Americans may not always agree on political philosophies, Craftsman House United is a program that we can all stand behind,” said Michael Castleman, president, Kenmore, Craftsman and DieHard, SVP Sears Holdings. “This community service initiative honors one of our military heroes and participating is just one way Americans can express appreciation for our military’s service to this country.”

After the two halves of the home are built during the conventions, they will be united in Charlotte in the Belmont neighborhood during the month of October. In addition to donating the home to a deserving veteran in Charlotte, the Craftsman brand will also make a donation to the Housing Authority of the City of Tampa to help fund a program offering rental assistance to homeless veterans in the area. Tampa Housing Authority has partnered with the Department of Veterans Affairs (VA) in order to operate this program.

To learn more about Craftsman House United and to sign the petition encouraging your delegates to get involvement, please visit www.facebook.com/craftsman. 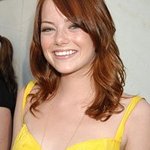 The Child Mind Institute (CMI) has announced its first-ever #MyYoungerSelf social media campaign, bringing together nearly three dozen actors, professional athletes, fashion designers, authors, politicians, advocates and other influencers who will share personal videos about growing up with a mental health or learning disorder and the advice they would give their younger selves about how to persevere. More →