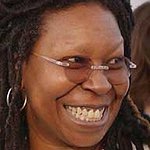 The November 2011 broadcast of Extreme Makeover: Home Edition Rise and Honor A Veterans Day Special was honored with a Primetime Emmy Award nomination in the category of Outstanding Picture Editing for Short-Form Segments and Variety Specials.

The one-hour special, which was broadcast on the evening of Veterans Day (11/11/11), was a partnership between ABC’s Extreme Makeover: Home Edition and the Entertainment Industry Foundation (EIF) and resulted in Americans pledging $1 million to benefit veteran-serving organizations.

The nominations for the 64th Primetime Emmy Awards were announced on July 19, 2012 Los Angeles.

The show, which drew over 6.4 million viewers, featured Whoopi Goldberg, George Lopez, J.R. Martinez, Rachael Ray, Sherri Shepherd, Robin Williams and Major League Baseball (MLB) players Daniel Murphy of the Mets, Shane Victorino of the Phillies and Clay Buchholz of the Red Sox who encouraged the public to donate via phone and web. Hosts Ty Pennington and Jewel brought viewers back to some of the most heartwarming military stories featured over the years as the EMHE crew also paid a visit to select heroic families to find out how they are paying it forward by helping their fellow veterans.

The television event was made possible due to the generous support of ABC, The Clorox Company and Major League Baseball.