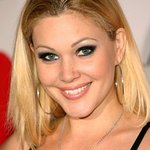 Here is your chance to gamble for a great cause with celebrities, top athletes and professional poker players at TACA's “ANTE UP FOR AUTISM” fundraising event.

This premier “Gala and Casino Night” will benefit TACA- a national non-profit organization with a mission to educate, empower and provide support to families affected by autism.

Both Jonathon Schaech and Kate Voegele (co-hosts of this year’s event) have supported TACA for years. Schaech is most known for his portrayal of the lead singer in the band, The Wonders, in Tom Hank’s “That Thing You Do.” His recent credits include number one box office hits “Takers,” “Quarantine,” and “Prom Night.” He just finished filming the drama “Hidden Moon” opposite Wes Bentley, the thriller “Dark Circles” and the action film “The Phantom” starring Ed Harris and David Duchovny.

Voegele is a full-time singer-songwriter and part-time actress. She scored the part as the spunky Mia on the popular teen drama “One Tree Hill.” Voegele’s MySpace Record debut, “Don’t Look Away,” sold close to a quarter million copies, climbed to No. 4 on the iTunes chart and sent Voegele upstream to Interscope (which has a distribution partnership with MySpace). Her second album “A Fine Mess”, produced by Mike Elizando, skyrocketed to number 10 overall on the billboard charts its debut week. The album has sold 150,000 copies to date. Voegele released her third album, “Gravity Happens” in early 2011.

Lance Armstrong joins Wish for Wheels Board of Directors Dec 4, 2019

As a globally known cyclist and endurance athlete, Lance Armstrong remains passionate about the benefits of an active lifestyle and intends to share this passion through his service and dedication to Wish for Wheels and the youth they serve. More →