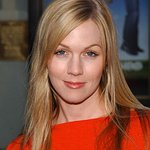 The Water4 Foundation, based out of Oklahoma City, today announced The First Annual Pioneering Spirit Gala that will be held on Thursday, September 27th.

Special guests including actress Jennie Garth (90210), Congressman Chairman J.C. Watts, The Twister host Kathi Yeager and Grammy Award Winner Sandi Patty will join together to celebrate the past and future pioneering spirit of Oklahoma in an effort to eradicate the world’s lack of clean water one community at a time.

Water4’s unique mission has a deep history in Oklahoma. In 1901 Co-Founder Terri Greenly’s great grandmother won a plot of land without water in the lottery, which led the family to understand the importance of water issues and how their water pumping business could help address the world water crisis. Over 100 years later, Oklahomans are coming together to support the effort to end the world water crisis. Oklahoma is blessed with clean water today, but every 22 seconds around the world a child dies from preventable water-related disease.

Native Oklahoman and Water4 Foundation Ambassador, Jennie Garth will join guests, while local radio host Kathi Yeager will be the emcee of the evening. Those attending the gala will also have the pleasure of experiencing a performance by Grammy Award Winner and Sooner state native Sandi Patti.

“Terri and I are excited to host Water4 Foundation’s first annual Gala to raise awareness and support for the solution to the little known, worst crisis of humanity, the lack of clean drinking water to the bottom billion in the world. For the first time in history, this solution to fixing the world’s water crisis (4000+ child deaths per day) is within our grasp, provided by the pioneering spirit of Oklahomans. This will be a fun night that will be both challenging and inspirational.” says Dick Greenly, Co-Founder of Water4 Foundation.

“There is a complex need for access to clean drinking water in the developing world but the solution is simple. Water4 Foundation is empowering people to solve this crisis in a way that no other Foundation has done before. I am honored to join Oklahomans in raising awareness and support, " says Water4 Ambassador Jennie Garth.

Gala attendees will be among the first to view a sneak-preview of Water4 Foundation’s upcoming documentary. The documentary will further reinforce Water4’s commitment to bringing renewed hope and urgency to provide clean drinking water for those who so desperately need it throughout the world. In addition to the documentary viewing, the First Annual Gala will feature a silent auction to support Water4’s role in combatting the global water crisis. Cynde Roof’s acclaimed artwork will be featured at the auction, along with other local artists. All proceeds from the evening will support Water4’s efforts to provide clean water throughout the world. 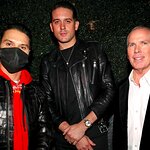