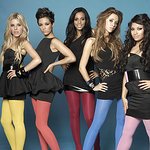 The Saturdays' Mollie King has been unveiled as the face of the British Heart Foundation's National Heart Month.

Mollie has already shown incredible support to the Foundation, including attending their annual Tunnel of Love art and fashion auction and party for the last two years.

The Saturdays star will be asking people to pay £2 to Rock Up in Red and join the fight against heart disease on 1st February 2013.

Mollie says: "I’m thrilled to be supporting the British Heart Foundation this February by rocking up in red and joining the fight against heart disease.

“Whether it’s red nails, red lipstick or even red socks, it’s really easy to do and for just £2 you’ll really be helping the BHF continue its life-saving work. Anything goes, as long as it’s red!”

Mollie added: “It is a cause very close to my heart, as my grandfather sadly passed away after suffering a heart attack when I was younger.”

Heart disease is the UK’s single biggest killer. It kills one in six men and one in nine women and is responsible for almost 80,000 deaths in the UK each year, an average of 220 people each day. As well as being the leading cause of death, nearly 2.7 million people in the UK are living with heart disease, many of whom struggle with everyday tasks.

Rock Up In Red this February and make a heartfelt statement for your loved ones. Order your free fundraising pack online or call their hotline on 0300 330 0645. 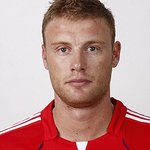 Sport Relief is back in March, and events are now being revealed. More →