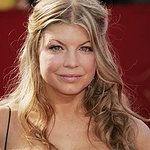 Shining on the red-carpet in a red-sequined dress, the 37-year-old has been busy campaigning to raise 500,000 minutes for Cellphones for Soldiers this holiday season, as well as encouraging fans to donate their used cell-phones for soldiers.

Fergie raised over 500,000 minutes at the Cell Phones for Soldiers Event At the Mondian Los Angeles.

Cell Phones for Soldiers Inc. is a non-profit organization dedicated to providing cost-free communication services to active duty military members and veterans. Based in Norwell, Mass., Cell Phones for Soldiers was founded in 2004 by Robbie and Brittany Bergquist, then 12 and 13 years old. The organization has provided more than 168 million minutes of free talk time to deployed military members. Beginning in 2012, “Helping Heroes Home” will provide emergency funds for returning veterans to alleviate communication challenges as well as physical, emotional and assimilation hardships. 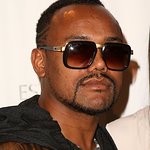 The Foundation Fighting Blindness, the world’s leading organization committed to finding treatments and cures for blinding retinal diseases, presents the fourth episode of their livestream music series, Music to Our Eyes. More →