Hockey Stars Duke It Out Online For Charity 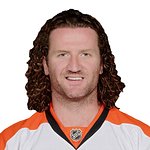 The Philadelphia Flyers’ Scott Hartnell and the Toronto Maple Leafs’ James 'JVR' van Riemsdyk are currently satisfying their desire to compete. No, they are not off to Europe. Instead, they are going to take their rivalry online to see who can raise the most money for Hurricane Sandy relief. It’s the Power of 2 -­‐-­‐ lockout edition.

Hartnell is supporting the Empire State Relief Fund, while van Reimsdyk, a New Jersey native, is supporting the Hurricane Sandy New Jersey Relief Fund. The Power of 2, a fundraising charity initiative dedicated to unlocking celebrity power for social good, has wrangled the two hockey stars to duke it out online – but there’s a catch, the loser has to perform an embarrassing public stunt.

“Growing up in New Jersey, it’s really important to me to do everything I can to support the families impacted by Hurricane Sandy,” said JVR. “This is just small way I can give back and stay involved in my community. And, this Power of 2 competition, also gives me an opportunity to embarrass Hartsy in public, so there’s some extra motivation.”

“I know JVR is not big fan of having all of the cameras on him, so I’m going to win this Power of 2 to make sure the media is all over him when he pays up,” said Hartnell. “This is also a great chance to support our friends in the Empire State and their efforts to rebuild. The impact of Hurricane Sandy is longer making headlines, but that’s all the more reason for us to give and stay involved.”

The Power of 2 is win-­‐win-­‐win: Both charities get a big check to support their great work, Scott and James have fun online conversations with their fans and teammates, and fans get an opportunity to engage and support their favorite celebrity and an important social cause, with a chance to win a great prize. Give and share the campaign at www.power-­‐of-­‐2.org. 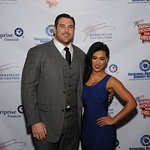 The Second Annual Hoops for Help Fundraiser, to raise funds for beneficiaries of the Todd Herremans Foundation, recently took place in Philadelphia. More →