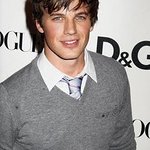 The USO brings a galaxy from far, far away to Marines stationed in Miramar, Calif. for a special USO Entertainment event.

The critically acclaimed Cartoon Network series “Star Wars: The Clone Wars” will offer two screenings of features on Jan 19 at the Bob Hope Theater at Marine Corps Air Station Miramar. The first show will begin at 5:30 p.m. with a “youngling-friendly” episode entitled “The Gathering.” The second screening will follow at 8:00 p.m. and marks the U.S. premiere of “Eminence,” featuring the return of popular villain Darth Maul.

In addition to the features, the USO will treat Marines and their families with a 20-minute Q&A session and a 30-minute autograph session featuring the show’s supervising director Dave Filoni and five cast members. Among the actors scheduled to be onsite to greet troops and talk animation include: Dee Bradley Baker (voice of Captain Rex, the clones and Bossk), Catherine Taber (voice of Padme Amidala), James Arnold Taylor (voice of Obi-Wan Kenobi), Matt Lanter (voice of Anakin Skywalker) and Ashley Eckstein (voice of Ahsoka Tano).

Prior to the USO screenings, the group will tour the installation to learn about military operations and extend their heartfelt gratitude to servicemen and women. The group will also make a stop to talk with pilots, view aircraft and pose for photos. This trip will mark the second USO experience for Taylor, who traveled to Japan in 2009 and will be returning to the Pacific in early March. The USO event is the first for the remainder of the group.