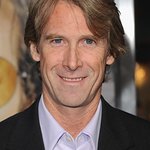 The Giving Back Fund and Hollywood Producer/Director Michael Bay will host the Fourth Annual Big Game Big Give presented by J.P.Morgan on February 2, 2013, at an historic private estate in New Orleans on Super Bowl Saturday night.

More than 400 celebrities, athletes, business leaders and VIP guests will attend this exclusive invitation-only intimate event benefiting The Giving Back Fund and celebrating philanthropy. The evening will include a surprise musical performance!

This is the second time Mr. Bay Director of the blockbuster Transformers™ film franchise, Bad Boys, Pearl Harbor, Armageddon and The Rock has hosted Big Game Big Give. In 2010, Mr. Bay generously hosted the event at his waterfront estate in Miami Beach. ESPN voted the 2010 Big Game Big Give the # 1 party of Super Bowl XLIV. The theme of the evening is “Old World Charm Meets New World Style and Technology”, capturing the ambiance of the storied and magnificently renovated 1906 Mediterranean-style mansion on St. Charles Avenue in which the event will be held.

The Giving Back Fund became the first charity to ever raise $1 million at the Super Bowl with its annual Big Game Big Give Party on January 31. More →