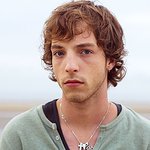 Singer James Morrison performed to children suffering from cancer at Nottingham’s Queen’s Medical Centre last week in an event to mark the start of a new partnership for the Lewis Mighty Fund.

The singer handed over a signed guitar to patients after performing on the ward which looked after Lewis Mighty.

James – who has also become a patron of the Lewis Mighty fund – said: “I’ve never been involved with a charity which has raised so much money. It’s an honour to be involved this way.”

Lewis, of Mackworth, died at the age of seven after bravely fighting the cancer neuroblastoma and friends, family and supporters raised nearly £250,000 intending to send Lewis for potentially life-saving surgery.

But Lewis became too ill to make the trip to the USA where the surgery was to take place. Now money saved in the Lewis Mighty Fund will be used to benefit children with cancer being treated at Nottingham Children’s Hospital, which Lewis attended.

Lewis’s mum Jaime Mighty, said: “It’s fantastic to have James’ support and we’re looking forward to him helping us mark the joining of Lewis’s fund with Nottingham Hospitals Charity.”

More than 100 internationally renowned musicians have joined a worldwide call for the release of the two jailed members of the Russian feminist punk group Pussy Riot ahead of their parole appeal hearings this week. More →