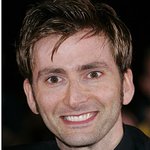 A special version of Top Of The Pops featuring performances by U2, James Morrison and Oasis – as well as Tom Jones and Rob Brydon singing the official Comic Relief single, Islands In The Stream – also aired as part of the extravaganza. The Islands In The Stream single has just topped the UK charts, which will bring in more cash for the cause.

Supermarket chain Sainsbury’s – which sold the official Comic Relief merchandise – handed over a cheque for over £9 million to the show’s presenters during the evening, the single largest donation ever made in the event’s 11 year history. Another £20 million as donations keep coming in.

‘It is just incredible to see such a huge amount of money given by the public again on Red Nose Day," said Comic Relief co-founder Richard Curtis. "Red Nose Day is 21 years old this year and its success is down to the unrelenting support and ingenuity of our supporters – it belongs not to the comedians, but to the people who give. It’s wonderful that, in more difficult times, people seem to understand that the need increases for people whose lives were impossibly tough in the first place. The work this money funds helps change and save lives all over Africa and the United Kingdom. A huge heartfelt thank you to everyone who has helped to make this year’s Red Nose Day such a memorable and brilliant campaign."

The evening also featured appearances from Annie Lennox and Take That.