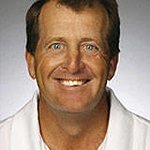 Fred Funk, one of the most recognizable names and personalities in professional golf, is partnering with Stryker and Fisher House Foundation to help support our military families by making the same Stryker GetAroundKnee hat that he wears on tour available for golf fans.

For every hat purchased Stryker will donate 100% of the net proceeds directly to the Fisher House Foundation to support our injured or sick military veterans and their families. Fisher House is a non-profit organization that provides a home away from home that enables family members to be close to a loved one during hospitalization for an illness, disease or injury. Hats may be purchased by visiting www.getaroundknee.com.

In 2012, Fisher House served more than 19,000 military families by donating “comfort homes,” built on the ground of major military and Veteran’s Affairs medical centers. These homes enable family members to be close to a loved one at the most stressful times–during the hospitalization for an unexpected illness, disease or injury. Since 1990, Fisher House has been able to offer over 4.7 million days of lodging to military families, resulting in savings of more than $200 million to families in lodging, and transportation costs. There are currently 60 houses in operation to date.

For its part, Stryker has had a long history of supporting our nation’s military though education, residency programs, products, and donations and is a leading supporter of the Society of Military Orthopaedic Surgeons (SOMOS), so the Fisher House sponsorship just made sense.

“Our partnership with Fred Funk and Stryker is extremely important to Fisher House Foundation and to the tens of thousands of military families that we serve annually,” says Derek Donovan, Vice President of Fisher House Foundation, and Colonel, USMC (Ret.), who joined the Foundation in 2007 following 26 years of active duty service in the United States Marine Corps. “We know that Americans want to support our military men and women, and we’re delighted that through the sale of Fred’s popular hat, we can help to make this happen,” adds Donovan.

Whether it’s the stress and fatigue from travel to and from events on tour, or even his recovery from knee replacement surgery, Fred understands the importance of having family around for support. A 20-year veteran of the sport and current member of the Champions Tour, Funk underwent a total knee replacement with Stryker’s GetAroundKnee in November 2009 which enabled him to get back out on the course and back to competing.

Funk’s return to golf post-knee replacement has been an inspiration to golf fans around the world and he’s picked by the Champions Tour as a top player to watch for the past 2 years. A perennial fan favorite Funk continues to receive the support of fans that have been eager to wear his same hat. What started out as Funk tossing a few hats to fans post-round has grown into a program poised to give back in a big way through the Stryker/Fisher House partnership.

“I’ve always been extremely grateful for our service men and women. That’s why I’m excited to partner with Stryker and Fisher House to support such a great cause,” says Funk. “I know firsthand how important family can be when recovering from physical challenges. When I was recovering from my knee surgery a few years ago, I was fortunate to have the strength and support of my family, who was there to encourage me every step of the way and get me back into the game that I love,” adds Funk.

For more information about how to purchase a Stryker hat to support America’s military families, please visit www.getaroundknee.com.

In an effort to support America’s military, Veterans and their families, Queen Latifah has gifted her rendition of the Star Spangled Banner, sung during the 2015 NBA All Star game, to Fisher House Foundation. More →