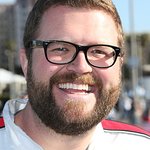 The roaring crowd witnessed the stunning performance by Wood who started the race from the pole position in his Scion FR-S race car. Last year’s race winner and comedian Adam Carolla finished first in the Pro category.

Wood, who took the top starting spot for the race in Saturday’s qualifying, gave up the lead early on to Hallmark channel host of “Home & Family” Mark Steines before the four-time participant finished fifth in the 10-lap event. MTV’s “Awkward” star Brett Davern made a late run for the trophy as he closed in on the lead but ran out of track time before the checkered flag waved.

“I decided this year that I should drive like I knew how instead of being nervous that I was going to wreck,” said Wood. “I can’t believe it. I feel great. A huge thanks to Adam Carolla , too. Adam helped me so much last year, and he helped me a lot this year, too. Some of those people were so fast that I have no idea how I stayed in front of them. The FR-S is awesome.”

“The pace of this race was extremely fast and competitive,” said Les Unger, national motorsports manager with Toyota Motor Sales, U.S.A. “There was some exciting action in the field that had the fans out of their seats. Congratulations to Rutledge Wood and Adam Carolla for their victories. A special thanks to all this year’s participants. All their enthusiasm is, ultimately, for a great cause, and the Toyota Pro/Celebrity Race is proud to be able to make it happen.”

Carolla spent the duration of the race battling to overcome the Pros’ 24-second handicap, quickly weaving through the field. The host of the acclaimed comedy podcast “Adam Carolla Show” and co-creator of “The Man Show” Carolla was happy to stand on the victory stage alongside Wood and said, “I started amongst the Pros — last overall. Those guys are great drivers and I’m sure if we did this 10 more times, someone else would win it at least nine-and-a-half of them.”

Medal of Honor recipient Dakota Meyer got loose and spun out, but regained control of his Scion FR-S race car to finish fourth. Mexican actress Kate del Castillo was the top female finisher with a 10th-place showing.

Toyota will donate $5,000 to Racing for Kids in the name of each participant, for a total of $90,000, and an additional $5,000 to Victory Junction on behalf of Wood. Racing for Kids is a national nonprofit program benefiting children’s hospitals in Long Beach and Orange County, Calif. Toyota has donated more than $2 million on behalf of the race and its participants to various children’s hospitals since 1991.

Additionally, a $15,000 donation was made in conjunction with the annual People Pole Award. Sponsored by People magazine, the award was given to Wood’s charity of choice, Victory Junction.

The Toyota Pro/Celebrity Race is scheduled to be broadcast on SPEED Channel on Saturday, May 4, and will be re-air numerous times.

To learn more about the Toyota Pro/Celebrity Race, go to www.toyotaracing.com, visit Toyota Racing on Facebook or on Twitter @ToyotaRacing, or join the conversation with the participants using #TPCR. 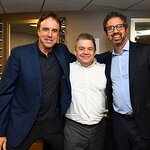