Sons Of Anarchy Stars To Join Boot Ride And Rally

Registration is open for the highly anticipated 3rd Annual Boot Ride and Rally! Hosted by cast members from FX’s Sons of Anarchy, the Boot Ride and Rally is a unique Ride experience followed by an incredible party, all in the name of cultivating awareness and providing assistance for our nation’s defenders through the national nonprofit, The Boot Campaign.

“I’m proud to be an Ambassador for the Boot Campaign, and couldn’t be more excited to participate in the 3rd Annual Boot Ride & Rally,” said Theo Rossi, actor on FX’s Sons of Anarchy. “I am in complete awe of our military men & women and their families, and seeing the general public come from all over to participate, wear their boots and embrace this event, is truly inspiring.”

This one-of-a-kind ride allows you to role alongside cast from FX’s Sons of Anarchy and our nation’s fearless military veterans. Spots are extremely limited to ensure a VIP experience for all who ride.

The party keeps going with the Boot Rally at the Happy Ending Bar and Restaurant on Hollywood’s Sunset Blvd. With live performances by Blackberry Smoke and other surprise guests, a military tribute ceremony, an up-close-and-personal experience with the stars of FX’s Sons of Anarchy, and much more… this is a party like none you’ve ever experienced.

In 2010, the cast of FX’s Sons of Anarchy joined the Boot Campaign’s network of celebrity endorsers when they posed for their official “Boot Photo.” Since then, the cast has become a powerful advocate of the Boot Campaign not only through the annual Boot Ride and Rally, but also through various speaking engagements, media appearances and fundraising events throughout the year.

The Boot Ride and Rally is an annual event that has raised more than $100,000 to provide direct assistance to military, past and present, and their families through the Boot Campaign. 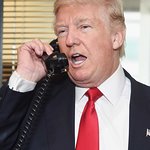