Kim Alexis To Host Diamonds In The Sky Gala 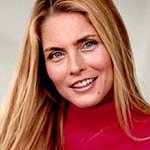 Just close your eyes and make a wish… If only it were that easy. For deserving children benefiting from the We Promise Foundation's series of fundraising events this fall, it truly is that magical! This year, with the help of supermodel Kim Alexis and John Cafferty & The Beaver Brown Band, a spectacular gala evening is followed by a prestigious golf tournament in Virginia Beach to underwrite wishes of children who struggle with debilitating or life-threatening illness through the Make-A-Wish Foundation of Eastern Virginia.

The 3rd Annual Diamonds in the Sky Gala is to be held at the Hilton Virginia Beach Oceanfront on September 3, and features silent and live auctions of celebrity memorabilia, athletic event and concert tickets, vacations and much more. The 10th Annual Charity Golf Classic will then be played at the Signature at West Neck Golf Course on September 4. The afternoon event is a sponsor/patron-only event that toasts more than 20 Wish children who join the players on the course.

Supermodel Kim Alexis has enjoyed one of the most notable careers in the modeling industry. With nearly 30 years in front of the camera, she has graced more than 500 magazine covers and appeared in thousands of television and print ads including six appearances in the renowned Sports Illustrated swimsuit issue. By remaining true to her ideals and successfully balancing family and career, she has continually transitioned herself with the changing times. Most recently, Alexis debuted as host of the new “She’s Got the Look” on TV Land in early June, a reality show in search of a woman age 35 or older who wants to model and exudes sophistication, beauty and confidence. From model to mother to author to competitive athlete, Alexis seems to have it all. Her down-to-earth nature and genuine sensitivity make her both appealing and approachable, an ideal role model for girls and women worldwide and the perfect complement to the dynamic children and families who stand to benefit from the efforts of the We Promise Foundation.

Guests at the Diamonds in the Sky Gala won’t have any trouble remembering the lyrics to sing along with John Cafferty & the Beaver Brown Band when they take the stage at the Virginia Beach Hilton. Hailing from Rhode Island, the band rocketed onto the radio and topped the rock charts in the early ‘80s when they wrote and performed the soundtrack for the movie “Eddie and the Cruisers,” a 1983 release that landed their first recording contract. With more than 25 years performing together, they’re most recognized for their hits “On the Dark Side,” “C.I.T.Y.” and “Voice of America’s Sons” which also was the featured theme song for the movie “Cobra” starring Sylvester Stallone in 1985.

“It’s always a pleasure to see the smiles on the faces of these beautiful [Make-A-Wish] children and their families when they see and talk to the celebrities who come out in support of our events,” says Chartway President and CEO Ronald L. Burniske. “But what they don’t realize is how those same celebrities, in turn, are awed by the strength and courage that these kids show every day, often battling for their lives. It’s that very premise that drives the We Promise Foundation to support these wonderful kids, each of whom deserve to have their greatest wish granted.”

Last year’s annual gala and golf classic raised a combined $386,000 for Make-A-Wish through the We Promise Foundation, a non-profit, public charity formed by Chartway in 2005.
For additional information, please contact Jill Haag at #757-233-7111 or jahaag@chartway.com, or visit www.wepromisefoundation.com.