The Steve Nash Foundation Showdown will visit the NASDAQ MarketSite in Times Square this morning.

The game kicks off at 6:30pm, with the best of two sports worlds competing at Sara D. Roosevelt Park in the Lower East Side (at Chrystie and Stanton Streets).

More about the Steve Nash Foundation and Showdown is at www.stevenash.org/Showdown and on Twitter @stevenashfdn.

Showdown will also debut for the first time in Los Angeles, California on July 14, 2013. 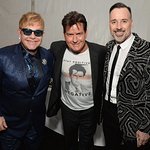