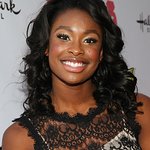 Supporters from all over the world gathered at the International Ballroom of the Beverly Hilton Hotel to honor those that have gone above and beyond to help raise awareness for the organization, raise money for fresh water wells and bring attention to the global water crisis.

The star studded evening included a silent auction, live auction, five star three course meal and performances by Coco Jones and Jenn Bostic with the John Burroughs show choir. Special guest in the audience was Sibusiso Shiba, The Thirst Project ambassador on the ground in Swaziland, Africa. Sibu’s village in Swaziland received a fresh water well thanks to the organization, after he had shared that his daughter was sick due to dirty drinking water.

Pauley Perrette (NCIS) received the Pioneering Spriting Award for her incredible support of the organization over the last year including co-hosting the 3rd Annual Thirst Gala which helped raise $188,000, shooting PSAs and personally funding several wells. Her heart. support and influence was acknowledged and celebrated at last night’s gala. Robbie Brenner, president of production at Relativity, was awarded the 4th Annual Vision Award for leading the way in supporting the important work that the Thirst Project does in combatting the world water crisis. Relativity has been a longtime sponsor of The Thirst Project’s events and in 2011 the company gave up its employee holiday gifts and funded a freshwater well in Uganda. Robbie continues to push her company to take up the call to meet the needs of those who are suffering most in the world. Additional honoree include Chelsie Kent, Student at St. Lucy’s Priory High School in Glendora, CA who received the Power of Youth Award and Paola Nilsen, Teacher at West Islip High School in West Islip, NY, who received the Volunteer Award.