Made by human rights charity Reprieve and Bafta-award winning director Asif Kapadia, the film shows US actor and rapper formerly known as Mos Def experiencing the procedure. The video launches a campaign to rally support for Guantanamo prisoners who are on hunger-strike in protest against their detention without charge or trial. The campaign asks members of the public to undertake their own short-term hunger-strikes in solidarity with the prisoners, and donate the time to support them, while also raising the issue with their political representatives. The website consolidates the total number of hours of hunger-striking undertaken in this way.

Prisoners in Guantanamo have been hunger-striking since February this year, with the total number involved now well over 100. The strike is in protest against their ongoing detention, despite the vast majority of prisoners never having been charged or tried, and over half the remaining population having even been cleared for release by the US Government.

However, their peaceful protest has met with an increasingly aggressive response from camp authorities, including force-feeding and violent procedures known as ‘forcible cell extractions’ (FCEs).

Commenting, Reprieve’s Director and attorney for Guantanamo prisoners Clive Stafford Smith, said: “President Obama could take the steps needed to release cleared prisoners from Guantanamo any time he likes, but so far has lacked the political courage to do so. We hope that public solidarity with the hunger-strikers in Guantanamo will persuade him to change his mind.” 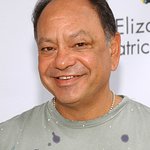