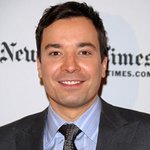 Jimmy Fallon is set to host this year’s Roots Jam Session on Friday, February 12th, benefitting OpportunityNation, and you could be there, too!

Every year, award season brings the usual array of star-studded parties, but rarely do any of these become a celebrated institution. The Legendary Roots Crew, named one of the greatest live bands around by both Spin and Rolling Stone, have created the ticket to one of the most coveted and exclusive experiences of the season, delivering an innovative and unforgettable mix of musicians performing under one roof.

Jimmy Fallon will act as this year’s host, following in the footsteps of Don Cheadle, John Legend, Jada Pinkett Smith and Dave Chappelle, while Hennessy Artistry will serve as presenting partner. The announcement comes on the heels of The Roots’ 6 GRAMMY nominations, which are split between their two 2010 releases, Wake Up! (with John Legend) and How I Got Over.

In addition to the performances, THE ROOTS JAM SESSION is annually interwoven with themes of social awareness, partnering with top organizations dedicated to creating global change. This year’s cause partner is OpportunityNation.

Launching at the 2011 Jam, the organization will focus on the revitalization of the “American Dream” – in short, a campaign powered by the people to kick-start a nationwide conversation about opportunity while providing forums for those voices to be heard. OpportunityNation follows in the footsteps of the Michelle Obama-supported organization ServiceNation, both launched by non-profit Be the Change, which creates national issue-based campaigns by organizing coalitions of non-profits, social entrepreneurs, policymakers, private sector and civic leaders, academics, and citizens.

Fans can visit OpportunityNation.org to enter to win a trip for two to Los Angeles for the rare chance to attend the Roots Jam Session party. Hotel and airfare are included.

“We’re extremely proud and humbled that what began as a simple night to put the focus back on the music has become an amazing opportunity to unite both major artists and new talent in an impromptu musical collaboration unlike many other experiences in the industry today, while also providing a voice to some extremely worthwhile cause campaigns” said the Grammy-Award winning groups’ co-founder turned twitter celeb, Ahmir "?uestlove" Thompson.

With an audience packed full of musicians and talent from every area of the entertainment industry, THE ROOTS JAM SESSION is a night where legendary mash-ups and groundbreaking music is created. It is consistently praised as a truly unique evening where artists become fans and the performances and impromptu jams turn the night into a celebration of music. Past performers and attendees that reads like a “who’s who” of the entertainment world: Jay-Z, Norah Jones, CeeLo, Joseph Gordon-Levitt, Slash, Black Eyed Peas, Fall Out Boy,Mos Def, Beyoncé, Queen Latifah, Bill Maher, Snoop Dogg, Matisyahu, Anita Baker, Queens of the Stone Age, K’naan, Corinne Bailey Rae, Elizabeth Banks, John Mayer, Chelsea Handler, Travis Barker and Prince.

All contest entries must be received by Friday, February 4th.

About ‘The Roots Jam Session’
The Roots Jam Session, occurring annually the night before the Grammys, has become an industry staple through the years and has become one of the most anticipated experiences of award season. Having been covered in everything from The Washington Post to People Magazine, the annual Jam is produced by Kevin Seldon of Keldof Marketing and Tina Farris of Tina Farris Tours. The Roots are Ahmir “?uestlove” Thompson (drums), Kamal Gray (keyboards), Kirk “Captain Kirk” Douglas (guitar) , Owen Biddle (bass), Frank Knuckles (percussion), Damon “Tuba Gooding” Bryson (sousaphone), and Tarik “Black Thought” Trotter (emcee).