Reprieve is an organisation of courageous and committed human rights defenders. Founded in 1999 by British human rights lawyer Clive Stafford Smith, they provide free legal and investigative support to some of the world’s most vulnerable people: those facing execution, and those victimized by states’ abusive counter-terror policies – rendition, torture, extrajudicial imprisonment and extrajudicial killing.

Their lawyers and investigators are supported by a community of people from all around the world, connected by a belief in human rights and justice. Together, they fight for the victims of extreme human rights abuses with a combination of public pressure and legal action.

They fight their clients’ cases in courts around the world, and they also work with the media to advocate on their behalf, encouraging public debate of human rights issues. They hold the US and their European allies accountable to the highest standards in their responses to extreme crime, and they use strategic litigation to effect systemic change.

They are currently working on behalf of over 100 people facing the death penalty in 17 countries, and 7 men imprisoned in Guantánamo Bay. They are also leading the fight against US-led missile drone strikes in Pakistan and Yemen. Their vision is a world free of execution, torture and detention without due process.

Since they were founded they have:
- Saved over 400 people from death rows around the world
- Secured the released of 80 men illegally detained in Guantanamo Bay
- Assisted over 100 victims and their families whose lives have been devastated by drone strikes in Pakistan and Yemen

How you can help:
· Follow them on twitter and sign their petitions when you see them: https://twitter.com/Reprieve
Look stylish in their ‘Bad Dude t-shirt’: http://www.reprieve.org.uk/products/bad-dude-t-shirt-medium/
Support their work in Gitmo and beyond by donating by texting REPR17 and your amount to 70070
Be social: tweet and tell the UK and US leaders that torture doesn’t work.

Here are FIVE THINGS that you can do:

2. If you are a musician adopt the No Torture clause into your contract. Contact alexgrace@reprieve.org.uk for details

3. Let us film you making a statement supporting the initiative for a video that Reprieve is producing

5. Fundraise for Reprieve. Hold benefit gigs. Donate. Reprieve is entirely dependent on grants and fundraisers to continue its work.

Reprieve has received support from the following celebrities listed on this site:

Activity
Social reach
Google trends for "Reprieve"
Available to Insiders only
Get Insider Access to these insights & more... 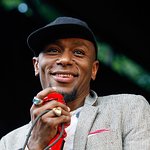