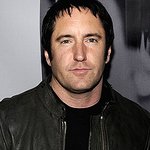 The musicians have also launched a formal protest of the use of music used in conjunction with torture that took place at the prison and other facilities and announced they were supporting an effort seeking the declassification of all secret government records pertaining to how music was utilized as an interrogation device.

Musicians include Trent Reznor and Tom Morello whose music with the bands Nine Inch Nails and Rage Against the Machine has been linked to torture tactics at the prison, according to public records.

Under the Bush/Cheney administration, music torture was commonplace in Guantánamo and at US secret prisons in Iraq, Afghanistan and elsewhere. One notorious technique involved blasting prisoners with ear-splitting music for months on end; this ‘no-touch’ method is yet to be banned by the Army Field Manual.

The FOIA request aims to expose the widespread use of music torture by the US, and was orchestrated by the US campaign group No More Guantánamos and supported by Reprieve. It will be sent today to the CIA, FBI, Department of Defense, U.S. Army Special Operations Command, U.S. Central Command, U.S. Southern Command, U.S. Joint Forces Command, Defense Intelligence Agency, and the Department of Army.

Retired General Robert Gard, a critic of the previous administration and staunch advocate to close Guantanamo said, “the torture that went on there is disgraceful and puts our troops at risk everyday – Guantanamo will remain al Qaeda’s biggest recruitment tool unless its shut down – I sympathize for the musicians whose music was used without their knowledge as part of the Bush administration’s misguided policies.”

“Guantanamo is known around the world as one of the places where human beings have been tortured – from water boarding, to stripping, hooding and forcing detainees into humiliating sexual acts – playing music for 72 hours in a row at volumes just below that to shatter the eardrums,” said Morello. “Guantanamo may be Dick Cheney’s idea of America, but it’s not mine. The fact that music I helped create was used in crimes against humanity sickens me – we need to end torture and close Guantanamo now.”

The United Nations has banned the use of music as torture under the UN Convention Against Torture and Other Cruel, Inhuman or Degrading Treatment or Punishment, although the Convention has gone largely unenforced. Colin Powell and General David Petraeus have both advised President Obama to shut the Guantanamo facility down.

“Having these acclaimed artists join the campaign to close Guantanamo will help ignite a prairie fire of grassroots support across the nation. We are thrilled and grateful to have them aboard” said Tom Andrews who is a former Congressman (ME) and director of the National Campaign To Close Guantanamo.

“At Guantanamo, the U.S. government turned a jukebox into an instrument of torture,” said Thomas Blanton, executive director of the National Security Archive, a freedom of information act organization that is assisting the musicians in seeking the documents. “The musicians and the public have the right to know how an expression of popular culture was transformed into an enhanced interrogation technique.”

Musicians are united in response to finding out about the abuse.

“We signed onto the campaign in complete support of President Obama and the military leaders who have called for an end to torture and to close Guantanamo,” said R.E.M. in a statement. “As long as Guantanamo stays open, America’s legacy around the world will continue to be the torture that went on there. We have spent the past 30 years supporting causes related to peace and justice – to now learn that some of our friends’ music may have been used as part of the torture tactics without their consent or knowledge, is horrific. It’s anti-American, period.”

Said the Roots, “When we found out that music was being used as part of the torture going on at Guantanamo, shackling and beating people – we were angry. Just as we wouldn’t be caught dead allowing Dick Cheney to use our music for his campaigns, you can be damn sure, we wouldn’t allow him to use it to torture other human beings. Congress needs to shut Guantanamo down.”

Tim McIlrath, lead singer of Rise Against said, “Guantanamo Bay has been synonymous with torture and inhumanity since its inception. Coupled with its complete ineffectiveness, the shameful legacy it will leave behind in American history is something Americans will have to deal with forever. Let us be the generation that erases this symbol of injustice and fear-mongering from the map so that we can begin to learn from our mistakes.”

UK based charity Reprieve supports this request for freedom of information. The charity has been campaigning against music torture throughout 2009 with its ‘zero dB’ initiative.

Partnered with the UK Musicians Union, ‘zero dB’ has been uniting prominent musicians via an online silent protest and petition. The campaign has gained the support of thousands of fans and prominent musicians including Dizzee Rascal, Elbow, Peter Gabriel, Massive Attack and Doves.

The campaign aims to raise awareness and to encourage widespread condemnation of music torture.