Candice Accola, star of the hit television show The Vampire Diaries, is helping the Tick-Borne Disease Alliance (TBDA), a national nonprofit organization dedicated to raising awareness, supporting initiatives and promoting advocacy to find a cure for Lyme and other tick-borne diseases, launch Bite Back for a Cure, a national grassroots campaign to build support for the fight against the devastating impact of tick-borne diseases.

Bite Back for a Cure has two elements – an online campaign and a national bike ride. The online campaign, led by Accola, will accumulate over time “a national video quilt” of individual statements by those affected by tick-borne diseases and their friends and families. This “video quilt” will be sent to state and federal legislators, encouraging them to support Lyme-disease legislation.

In addition, 24-year-old Lyme-sufferer John Donnally will bike across America this summer and fall to meet others affected by Lyme disease and galvanize local support for TBDA’s mission to fund research and educate the public about the silent epidemic of tick-borne diseases.

“TBDA is thrilled to launch Bite Back For A Cure, which will help us build momentum on a national scale and reach local communities throughout the country to fight what has become a truly national health epidemic,” said Staci Grodin, TBDA President.

Earlier this year, Accola filmed a PSA for TBDA, urging the public to take action in the fight against tick-borne diseases. Now, TBDA is inviting the public to participate in an interactive advocacy video.

The public is encouraged to visit BiteBackForACure.org, where they can download and print advocacy signs emblazoned with key phrases that embody TBDA’s fight against tick-borne diseases, such as “Be the Change,” “Take a Stand,” “Change the System” and “Support Research.”

Each Bite Back participant will be able take their own photo with the sign of their choice and upload it to the TBDA website or share it via social media. TBDA will compile all the photos from across the country and create “a video quilt” that will be sent to state and federal government officials, asking them to support legislation that funds tick-borne disease research and helps those affected by Lyme and other tick-borne diseases.

John Donnally, a 24-year-old Lyme sufferer and cyclist, will kick off Bite Back for a Cure’s cross-country bike tour with a series of training rides throughout the Northeast this summer to meet others affected by tick-borne diseases and mobilize support. A former Colgate lacrosse player, Donnally was diagnosed with Lyme disease in 2003 and again in 2011. His personal passion is fueled by the fact that others in his family also suffer with Lyme disease.

In August and September, Donnally will lead rides in Southampton, N.Y.; Martha’s Vineyard, Mass.; Albany, N.Y.; and North Wales, Pa. In addition to Donnally’s cross-country bike ride, Bite Back for a Cure will include TBDA walks, partnerships with retailers, and initiatives to build advocacy in local communities. The entire campaign will be documented on TBDA’s social media channels and promoted in the media.

To learn more about Bite Back for a Cure and how you can get involved, visit BiteBackForACure.org. 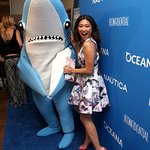