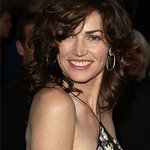 Lifetime Television’s hit show Army Wives has teamed up with Ford’s Warriors in Pink campaign to support the fight against breast cancer.

Earlier this month, a special episode of Season Two of the hit show featured a storyline designed to highlight the cause that included cast members Kim Delaney, Catherine Bell, Sally Pressman, Bridget Brannagh, Wendy Davis, Sterling Brown, Drew Fuller and Brian McNamara wearing limited edition Army Wives –inspired Warriors in Pink apparel. The episode has now been followed by a series of advertisements and Public Service Announcements drawing attention to the campaign, and the clothes are been sold to the public with all proceeds going to the Susan G. Komen for the Cure Foundation.

As part of the campaign, Ford and Lifetime will also seek out real army wives who have made significant differences in their communities. A Dream Fulfillment vignette will air this November during a special “Army Wives” episode to recognize one real life army wife as a special Warrior in Pink. The real life Warrior in Pink will be honored for her achievements during the episode by receiving a 2009 Mustang car with a special Warriors in Pink package. Ford will also donate $500 from every sale of 2009 Mustangs to the cause.

“The Lifetime partnership was such a natural fit for the Ford Warriors in Pink campaign,” said Connie Fontaine, Ford Motor Company experiential marketing manager. “Its entertainment platform provides a unique opportunity to share the Warriors in Pink battle cry against breast cancer and further encourage personal strength, growth and commitment among viewers.”