By Elizabeth Willoughby on August 7, 2013 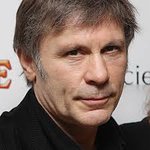 Bruce Dickinson, the Iron Maiden frontman who used to be a commercial airline pilot, is teaching UK residents with disabilities to fly.

Dickinson is working with The Royal International Air Tattoo Flying Scholarships for Disabled People (FSDP), a charity created in the memory of flying ace Douglas Bader, a pilot who lost his legs in an aeroplane accident yet continued as a fighter pilot in World War II.

Each year, FSDP provides scholarships to selected applicants with varying disabilities as a way to challenge and inspire them, to focus attention on their abilities rather than everything that they cannot do. The results show improvement in self confidence, outlook and future aspirations.

“You gave my son faith in himself and the future,” says the father of one of the scholars.

Another scholar was surprised by the course participants: “A bunch of interesting, gutsy people who had been thrown a stinking hand in life and come through fighting. Every one of them had turned down the offer of a bland future, filled with disappointment and disability aids, and come in search of something more”.

Nearly 400 people have been awarded a flying scholarship with FSDP since its beginnings in 1983. Dickinson is one of FSDP’s Vice Patrons.

A galaxy of stars gathered at the O2 Silver Clef Awards at Grosvenor House Hotel in London on Friday, to celebrate some of the biggest artists in music. More →