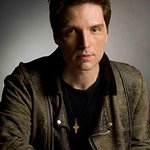 Voices of acclaimed recording artists and stories from lesbian, gay, bisexual, transgender and queer (LGBTQ) students, will come together in a jubilant celebration at Voices On Point.

The evening is a benefit for Point Foundation (Point), the nation’s largest scholarship-granting organization for LGBTQ students of merit.

As part of the September 7 concert and dinner, Point Foundation will honor songwriter, screenwriter, director and author Dean Pitchford with the Point Courage Award. Pitchford won an Academy Award and Golden Globe (for the song Fame), and has been nominated for multiple other awards. His songs – recorded by such artists as Barbra Streisand, Whitney Houston, Cher and Hugh Jackman – have sold over 70 million records. Performing at Voices On Point will be G.R.L and Richard Marx. Celebrity guests include Carmen Electra, Florence Henderson, Greg Louganis, Jeannie Mai and Wendie Malick. More performers and celebrities will be announced soon.

“The wellspring of creativity and altruistic energy that makes Dean Pitchford’s life so notable, are the qualities we encourage our Point Scholars to develop and share with the world,” said Jorge Valencia, Executive Director and Chief Executive Officer of Point Foundation. “LGBTQ young people need to experience these kinds of inspiring stories, so that they can recognize their own potential. As much as society may be making progress toward equality, LGBTQ youth still face multiple hurdles that keep them from accessing and benefiting from a quality higher education.”

Participating in Voices On Point will be a number of Point’s 78 current scholars, as well as alumni, who will share their compelling stories of perseverance and success.

The pre-show reception begins at 6:00 p.m. with dinner & concert at 7:30 p.m. Tickets are available at www.pointfoundation.org/vop.