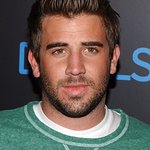 A recent survey indicated that school supply prices jumped more than 7 percent this year, significantly outpacing the rate of inflation.

This means it is even more difficult for poor families – especially those in the Skid Row area of Los Angeles, to prepare their children for school this year. According to the study, school supplies will cost $577 for elementary students, up 5.3% from last year. The cost rises to $763 for middle school students up 5.3% from last year and $1,223 for high school students, up 9.5% from 2012.

But the Los Angeles Mission and generous donors have helped bridge the gap. Nearly a thousand children received backpacks full of school supplies, shoes and other assistance in the Mission’s annual End of Summer Block Party Saturday.

“No third-grader plans or desires to grow up to be homeless,” said Herb Smith, president of the Los Angeles Mission. “But sometimes the odds seem stacked against them, especially the kids we see here on Skid Row. This is just one way the Mission reaches out to help – and perhaps prevent homelessness in the future.”

About one thousand backpacks full of schools supplies were handed out to grateful kids Saturday. The day was the result of a combined effort by nonprofits, businesses and people who just want to help. For the second year, Soles4Souls partnered with BOBS from SKECHERS to provide more than a thousand pairs of shoes.

“We are excited to once again partner with the Los Angeles Mission and are thankful for their dedication to improving the lives of those in the LA area,” said Soles4Souls Chief Executive Officer Buddy Teaster. “This distribution will enable children to attend school this fall, and we know that getting an education is critical in the fight against poverty.”

“SKECHERS is proud to partner with the Los Angeles Mission for the second consecutive year and provide BOBS shoes for thousands of children in need,” said SKECHERS president Michael Greenberg. “As a Los Angeles-based company, SKECHERS is committed to giving back in our own backyard, in addition to donating over 5 million pairs of shoes in the U.S. and around the world through the BOBS charitable program. The End of Summer Block Party brings the community together for a wonderful celebration and we’re happy to contribute BOBS footwear so children can leave this event with a big smile on their face, plus a new pair of shoes to start the school year.”

For more than a decade the Block Party has been a way for kids to play, have fun, win prizes and forget about their circumstances – if for only a day. The Los Angeles Mission has been serving the homeless and poor in the Skid Row area for more than 75 years. What started as a soup kitchen in the Great Depression in 1936 continues to serve the needy in the great recession of 2013.

“We are thrilled to once again support Los Angeles Mission and the End of Summer Block Party with a donation of $25,000 for the event, as we have each year since 2009,” said Sean Foley, president of U.S. Bank in Southern California. “This is a day our employees look forward to and we are thrilled to have 40 members of our volunteer team on hand to help families celebrate the end of summer and wish them well in their school year.”

Children from age 4 to 17 got a backpack. Nearly 1,000 backpacks and the school supplies that are so important at this time of year were distributed. Supplies, including pencils, notebooks, crayons, erasers, folders and arts & craft items were donated. The Great Commission Church International donated the backpacks and most of the items students needed. Additional back-to-school items were provided by Jackson-Hewitt. Briefly Cares donated 1,000 pairs of underwear, City Dental made more than 1,000 toothbrushes available and Landsberg/Amcor provided utensils and supplies for the meal.

Celebrity volunteers always come to Los Angeles Mission events. They worked to make sure everyone had a good time, and helped In-N-Out Burger, King Taco and Michael Levine Trading Company serve a picnic to the Block party participants and their families. Snow cones were provided by volunteers from marketing firm Russ Reid.

The famous “Nickel” – the name that Fifth Street had had since the Mission was founded in the 1930’s – was closed by 6:00 AM. Vehicular traffic was re-routed around the street between Wall and San Pedro so that setup could start early Saturday morning. There were inflated bounce houses, slides, craft tents and food service areas set up. Families started lining up early so they could have plenty of time for food and fun before getting their school materials and backpacks.