Bridget Jones Author Named As Save The Children Ambassador 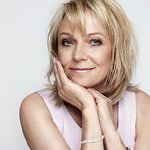 The week that the hotly anticipated new Bridget Jones’ novel is being released, author Helen Fielding is announced as Save the Children's latest celebrity ambassador.

The novelist and screenwriter, best known as the creator of the much loved character Bridget Jones, has been a supporter of the leading aid agency for many years. The official recognition will see her join other celebrity ambassadors including footballer Cristiano Ronaldo, musician Myleene Klass and wife of the Prime Minister, Samantha Cameron.

Helen Fielding’s novels Bridget Jones’s Diary and Bridget Jones: The Edge of Reason have been published in forty countries and sold over 15 million copies. Her latest novel, Bridget Jones: Mad about the Boy is released on Thursday 10th October to the delight of a huge fanbase. At a recent fundraising event for Save the Children, Helen Fielding donated the prize of a role in the new book. Lucky supporter Farzia Seth won the exclusive cameo, and appears as Bridget’s favourite school-gates mum and ally.

Justin Forsyth, Chief Executive of Save the Children said: “Helen has the rare talent to make you laugh and cry at the same time with her novels and films. Her support for Save the Children over many years has helped us enormously engage the public in new ways. With her now becoming an official ambassador we will be able to harness all that talent and creativity to improve the lives of children, a cause she very passionate about.”

Working across 120 countries, Save the Children provides both emergency and long-term relief and development projects across the world and here in the UK.