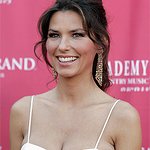 “It is an honor to partner with Opportunity Village on this incredible event,” said Twain, who currently headlines SHANIA: STILL THE ONE at The Colosseum at Caesars Palace. “I love getting involved with the Las Vegas community and am excited to give back to such an amazing organization this holiday season.”

As part of her Grand Marshal duties, Shania will welcome more than 10,000 Santa lookalikes and kick off the race alongside Opportunity Village’s “OVIP” clients. To encourage registration, Twain will head a Great Santa Run team for her fans to join, raising money for the wonderful, unique services provided by Opportunity Village. The following fundraising goals will lead to exclusive prizes, including:

Sign up to be a part of Team Shania at the Great Santa Run here.

“We are thrilled to have Ms. Twain involved in Las Vegas’ jolliest 5k,” said Linda Smith, Opportunity Village’s Chief Development Officer. “Her participation is a testament as to how far this run has come over the years, and we couldn’t be more excited to flood the streets of Downtown Las Vegas with Santas!”

2013 will see the event’s return to Downtown Las Vegas, the original birthplace of the Great Santa Run. The race course will begin under the glowing overhead screens of Fremont Street Experience and continue throughout downtown, passing a number of landmarks and some of Las Vegas’ most captivating architecture. Participants can choose to run in the 5k or the one-mile Kris Kringle Jingle walk.

Additionally, this year the Great Santa Run will fight to keep its reigning title of World Santa Challenge Champion. This friendly competition takes place between festive fun runs in cities across the globe, including Liverpool, Tasmania and Osaka, to see which race can accrue the most participants. During its nine year existence, the Las Vegas Great Santa Run has won the coveted award eight times.

As in years past, the Great Santa Run will entertain with live performances, food, costume contests, celebrity appearances, and more, as local businesses join in on the fun in support of Opportunity Village.

Pre-registration is open for the 2013 Great Santa Run at LasVegasSantaRun.org and costs $40 for individuals, $35 for team members (team pricing applies to groups of five or more) and $25 for children 12 and under; day-of registration is $50 for adults and $35 for children. The participation fee includes a five-piece Santa suit and gifts, with proceeds going to Opportunity Village.

Opportunity Village is a not-for-profit organization that serves people in our community with significant intellectual disabilities, enriching their lives and the lives of the families who love them by providing meaningful work and life experiences. Recently voted by Las Vegas Review-Journal readers for “Best Community Organization,” for the second year in a row, Opportunity Village is Nevada’s largest employer of people with disabilities. Serving nearly 3,000 individuals annually, Opportunity Village provides its “OVIPs” with vocational training, employment, habilitation and social recreation programs and services to make their lives more productive and interesting.