Stars Help End The Use Of Elephants In Indian Circuses 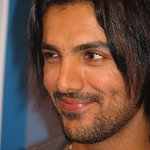 With the support of John Abraham and numerous other stars and following a nine-month-long investigation of circuses across India, which was conducted by a team that included representatives from People for the Ethical Treatment of Animals (PETA) India and Animal Rahat and was authorised by the Animal Welfare Board of India (AWBI) – a statutory body operating under the Ministry of Environment and Forests (MoEF) – the AWBI has confirmed that it has decided to end the registration of elephants for performances because of the cruelty and abuse that they endure.

The notes from the 39th general meeting of the AWBI held in Chennai also indicate the group’s support for a ban on the use of all animals in circuses and state that the board “decided to stop immediate performance of all the injured and aged animals in the circuses mentioned in the report and seize them after making arrangement for rehabilitation”. It also said that PETA India’s findings will be forwarded to the Central Zoo Authority (CZA) for further action.

In April, Abraham fired off a letter to the MoEF stating, “Unlike human performers, animals are forced to entertain through the use of fear, pain or hunger”. He urged the government to “make the compassionate choice by issuing an immediate ban on the use of all animals in circuses”. Other stars who have supported PETA India’s campaign against the use of animals in circuses include boxer Vijender Singh, cricketer Wayne Parnell, rapper Hard Kaur, dancers Pt Chitresh Das and Lauren Gottlieb, Malaika Arora Khan, Rakhi Sawant, Sherlyn Chopra and Shilpa Shetty.

“The AWBI’s decision to end the slavery of elephants in Indian circuses – animals who have spent their lives in chains, in fear of being hit and jabbed with hooked weapons – is cause for celebration”, says PETA UK Associate Director Mimi Bekhechi. “We hope this prompts other countries to follow suit. Until then, anyone with a conscience should stay away from circuses that make the lives of the animals they use a living nightmare.”

PETA India’s investigation of 15 circuses – conducted from November 2012 to July 2013 – documented rampant apparent violations of India’s Prevention of Cruelty to Animals Act, 1960; the Performing Animals Rules, 1973; and the Wildlife Protection Act, 1972; among other guidelines aimed at protecting animals from abuse. The investigation revealed that animals had died from inadequate care or had simply “gone missing”, drunken circus staff were handling animals and animals with wounds and diseases had not received veterinary care.

PETA India is now calling on the AWBI, the CZA and the MoEF to permit circuses with only willing human performers by immediately banning the use of all animals in circuses, following the lead of Bolivia, Austria, Greece, Cyprus and Bosnia and Herzegovina.