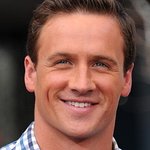 SPEEDO USA, a division of PVH Corp., has launched its new Art of the Cap campaign, a special collaboration between the brand and swimming’s biggest stars, now live at www.SpeedoUSA.com/ArtOfTheCap.

The proceeds from each design will be donated to the athletes’ chosen charities – Parent Project Muscular Dystrophy (PPMD), Right To Play, Kids Beating Cancer, Simon’s Fund, and the USA Swimming Foundation’s Make a Splash Initiative – helping to support and raise awareness for five worthy causes during this holiday season of giving.

The athletes and artists were paired based on the connection of their personal stories, interests, and style; the charities chosen by the athletes are all tied important, personal causes they each support. Lochte, Coughlin, Adrian, Vollmer and Jones shared their stories with the artists who then brought their collaborative vision to life throughout the design process. The results come alive at Speedo USA’s “Art of the Cap” microsite, where visitors can view new and interactive content, including athlete interviews, images and videos; learn about each athlete’s personal connection to their cause and each limited edition swim cap design; and buy the cap.

11-time Olympic medalist Ryan Lochte and Dave Kinsey, a world-renowned artist known for his emotionally charged, multi-layered paintings and murals, created a cap with a bold, argyle design in Lochte’s go-to shade of green. Lochte is supporting Parent Project Muscular Dystrophy (PPMD), a non-profit organization that seeks to end Duchenne, a form of muscular dystrophy that took the life of one of Lochte’s close relatives. Duchenne patients are also devastatingly restricted from almost all physical activity, except swimming. Lochte has been working with PPMD for nearly a decade, and proceeds from his limited edition cap will benefit the organization.

“I never thought in a million years that I would be in a position to affect kids’ lives,” said Lochte about his charitable work. “It’s humbling.”

Natalie Coughlin, the most decorated U.S. female Olympian of all time, and Adhemas Batista, a Brazilian artist whose innovative illustrations and designs feature bold, beautiful colors, created a lyrical swim cap inspired by Natalie’s love of the ocean. A California girl through and through, Coughlin grew up near the water and her cap’s wave-like design and colors reflect her love for swimming and her passion for the environment. Coughlin is a long-time supporter of Right to Play, a global organization that uses sports to educate and empower children facing adversity; proceeds from Coughlin’s limited edition Speedo swim cap will go to the organization, which reaches one million children in regular weekly activities, teaching them critical life skills that affect positive, sustainable change.

“I thought Art of the Cap was such a fantastic idea,” said Coughlin. “Not only does it help us give back to our charities but it gives us a creative outlet.”

Sprint star Nathan Adrian, who won gold in the 100m Freestyle in London, partnered with celebrated Peruvian illustrator Gianmarco Magnani to create a swim cap that pays tribute to his hard-working hometown of Bremerton, Washington, and its ship-building history. Growing up near the Puget Sound Naval Shipyard, Adrian was inspired by the speed, power and integrity of a battleship as it moves through the water – attributes all reflected in the swim cap’s design; the number 08, prominently displayed on one side of the cap, is a nod to his family’s Chinese heritage and to his first Olympics in 2008 in Beijing. Adrian and his cap are supporting Kids Beating Cancer, a non-profit organization founded by Margaret Voight Guedes in memory of her son that works to ensure children can receive life-saving cancer treatment regardless of their family’s financial situation.

“I feel like I’m in a really blessed position,” said Adrian. “With that position, I’ve always felt a need and a desire to give back to people who haven’t been given the ability to live their dreams.”

Four-time Olympic gold medalist Dana Vollmer teamed up with letterer and illustrator Jessica Hische to create her limited edition swim cap for Speedo USA. The design comes from – and celebrates – the heart and Dana’s own personal history of overcoming a life-threatening heart condition to become a World Champion swimmer. A leading advocate for heart health awareness, proceeds from Vollmer’s cap will benefit the Simon’s Fund, a non-profit organization dedicated to raising awareness about the conditions that lead to sudden cardiac arrest and death in children and young athletes.

“To put the heart first was a concept that I really liked,” said Vollmer about her cap design. “The heart is right there on the front – it’s what leads you, and everything else kind of flows in behind that.”

Olympic gold medalist and swim safety advocate Cullen Jones teamed up with Jolby & Friends, a collaborative creative studio based in Portland, Oregon, to design a swim cap for those who “dare to be different.” Each side of Jones’ cap is unique, inspired by vintage sailor tattoos and Jones’ strong, determined attitude with Cullen’s personal motto of “Dare to be Different” printed on one side. His favorite number, 41, is printed on the other as a subtle tribute to Jones’ father whose basketball jersey number was 41. Jones’ cap benefits the USA Swimming Foundation’s Make a Splash Initiative, which saves lives by providing swimming lessons to children across the United States, regardless of their ability to pay. After nearly drowning at the age of five, Jones has worked throughout his career to help reduce the drowning rate among minority youth in the U.S., working closely with the USA Swimming Foundation, and promoting diversity in the sport.

“I love the idea of Art of the Cap just because we get to express ourselves,” said Jones. “It was a chance to express all the different things that I like in my life and found important – and made me who I am.”

The Art of the Cap campaign is a true first for Speedo; the brand has launched limited edition collections inspired by its athletes in the past, but this is the first time the athletes were personally involved in the design process.

“We’re incredibly excited about the Art of the Cap campaign,” said Alyssa Igawa, Marketing Director for Speedo USA. “It is a first for the brand and our athletes, and it has been a true partnership every step of the way.”

“Through the collaboration, we’ve given our athletes a way to creatively express who they are and what is important to them,” added Igawa. “Every cap sold raises awareness, raises money, and makes a difference – empowering swimmers to look good while doing good.”

Art of the Cap marks the second campaign from Hello Design for Speedo USA; based in Culver City, Calif., the agency signed on as Speedo USA’s digital agency earlier this year

Ryan Lochte, 12-time US Olympic Medal Swimmer and current world record holder in the 200 individual medley, has partnered with Baby Otter Swim School in its mission to make Florida a ZERO-drowning state. More →