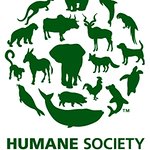 International model, yogi and actress Liv Lo, a FLY Entertainment artiste currently starring in Channel 5’s (Singapore) police drama Point of Entry, has spoken movingly about why she wants to see an end to cruel animal testing of cosmetics throughout Asia and the world.

The Taiwanese/Italian born actress gave her backing to Humane Society International's Be Cruelty-Free ASIA campaign at a special press event during the Asia for Animals Conference, Asia’s largest animal protection event, taking place this week in Singapore. Be Cruelty-Free is the largest global campaign in history to end cosmetics animal testing, and Liv joined HSI’s campaigners from China, India, Japan, and South Korea. BCF Taiwan will be launching soon.

Liv said: “I’m very proud to support the great work by Humane Society International’s Be Cruelty-Free ASIAcampaign to end unethical and unnecessary animal testing for cosmetics. It breaks my heart to know that in laboratories across Asia, gentle rabbits and other animals are having cosmetic chemicals dripped in their eyes or forced down their throat. It’s simply unacceptable and it must stop. There is no beauty in cosmetics cruelty.”

Many animal tests were developed decades ago and have been surpassed by state-of-the-art non-animal cell and computer methods. Despite major advances, an estimated half a million rabbits, guinea pigs, mice and other animals still suffer and die each year throughout Asia and globally in painful eye, skin and lethal force feeding tests for cosmetics. Because of campaigning by HSI and others, such testing has been banned across Europe, Israel and India; however, animal testing of cosmetics remains legal in 80 percent of countries globally.

Troy Seidle, HSI’s director of research & toxicology, said: “Liv Lo’s support is a highlight for our Be Cruelty-Free campaign across Asia where Humane Society International and our partners are working hard to take the cruelty out of the cosmetics industry. We’re getting results, we’ve already achieved a ban on cosmetics animal testing in India, helped persuade China to start phasing out some animal tests and seen South Korea increase its acceptance of non-animal test data. In 2014 we hope to build on those successes to achieve our goal of turning the whole world cruelty-free.”

Asia for Animals, the premier gathering of animal protection groups across Asia, officially endorsed the Be Cruelty-Free campaign in recognition of its leading role in ending cosmetics animal testing. Louis Ng, AfA Board Member and Chief Executive of Singapore’s ACRES (Animal Concerns Research & Education Society) said: “The use of animals to test cosmetics has become a big issue in Asia in recent years. Humane Society International’s Be Cruelty-Free campaign shines a much-needed spotlight on cosmetics cruelty, putting it firmly on the agenda for politicians, companies, consumers and the media alike. There is still a long way to go, but for the first time a global end to animal testing of cosmetics feels truly within our grasp and Asia for Animals is delighted to endorse the Be Cruelty-Free campaign, in recognition of all that it is achieving on behalf of animals in laboratories.”